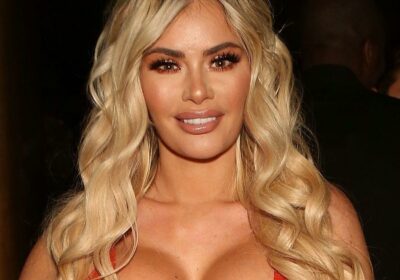 Chloe Sims is one of the oldest stars of members of TOWIE – the show surely wouldn’t be the same without her.

But the 38-year-old reality veteran has hinted that she may be off to find pastures new – after a whopping 10 years on screen.

Chloe dropped a cryptic clue on her Instagram stories after a fan sent her a gushing message during a Q&A.

It said: "Please never leave TOWIE, the day you leave is the day I stop watching. By far my fave."

The glamorous mum-of-one replied coyly: “I’ll try not to” along with a series of laughing monkey emojis.

When pressed she didn’t give a straight answer but when asked outright when she plans to leave the show, Chloe replied: “I have no idea”.

She has been on TOWIE since 2011 and is the cousin of fellow regulars Joey and Frankie Essex.

Meanwhile, the Essex beauty has vowed to embrace a more natural look and ditch the fillers.

Kylie Jenner, Gemma Collins and Molly-Mae Hague are just some of the other well-known faces to take the bold move, too.

Chloe told fans: "So I decided to remove my fillers… the first photo is before, the second is without filler and the third is my more natural look…"

"I'm really happy that I've toned it all down and as you know I think it's important, to be honest with things like this. It's my personal choice and that makes me feel confident," she added.

Chloe has previously spoken very openly about the cosmetic work she has done but insists she has never had plastic surgery on her face.

However, the rest of her body is still open for “tweakments”. Chloe recently underwent a non-surgical bum lift.

She shared the procedure with her fans on Instagram, and she and the beautician explained the entire process, insisting it did not hurt.

Chloe could be seen laying on her front on a table as the beautician pushed a clear cup around her bum.

Her behind was already looking round, with her tiny white knickers pulled high up and barely covering any of her cheeks.

She told her 1.2million followers: "My bum has grown a lot, obviously from training and eating but it's gonna grow more.”