The Celebrity Big Brother alum, 21, looked in jovial spirits as she skated around the London attraction's ice rink hand-in-hand with Lewis. 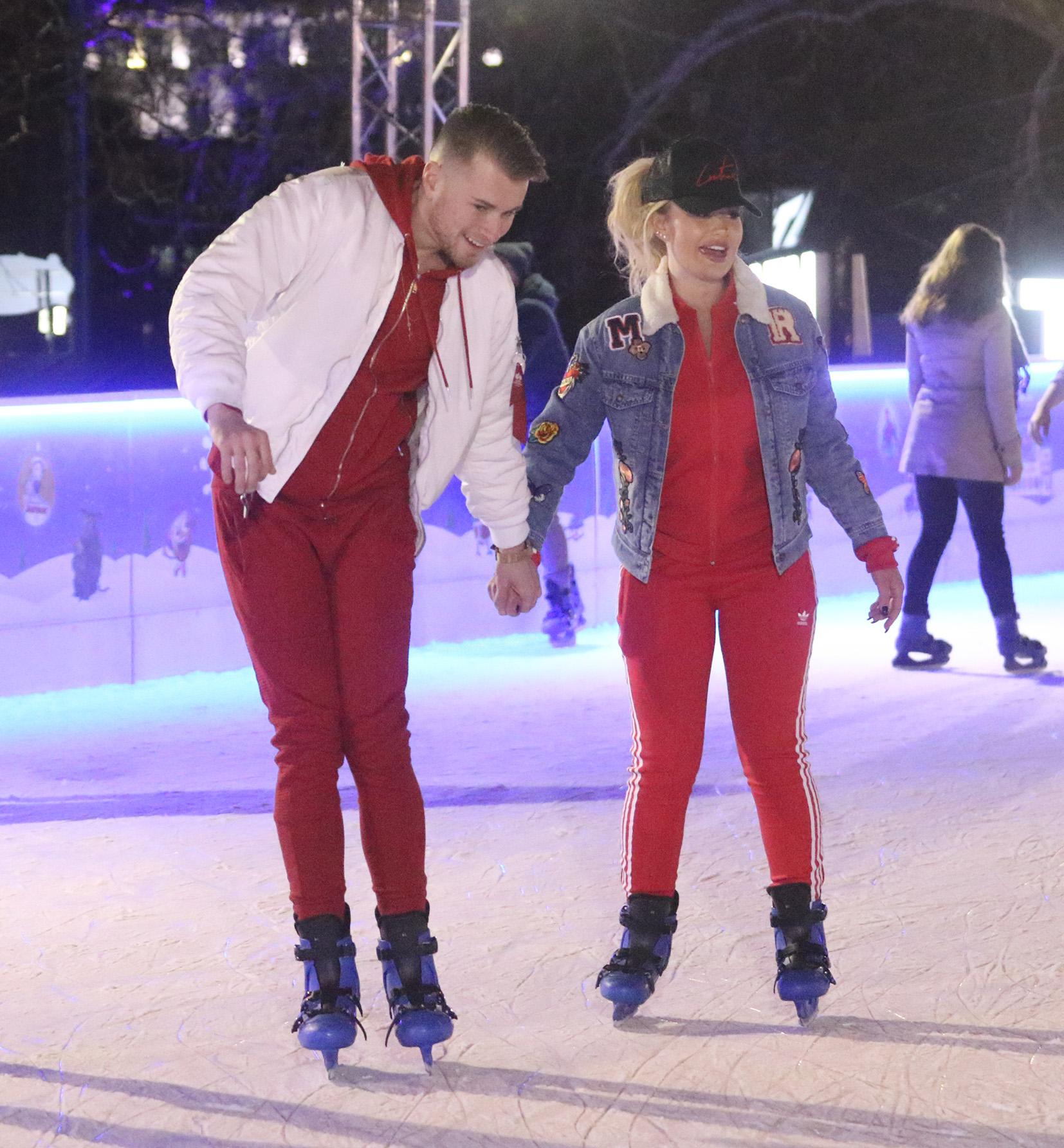 The new couple couldn't keep away from one another and share a passionate kiss while they complemented each other in matching red tracksuit.

An insider told The Sun Online that the pair are completely smitten with one another after hitting it off at a recent star-studded party.

A source said: "The duo met at a showbiz bash and immediately struck up a rapport."

They continued: "They looked really loved up on their first date. Lewis turned up with red roses and looked smitten. 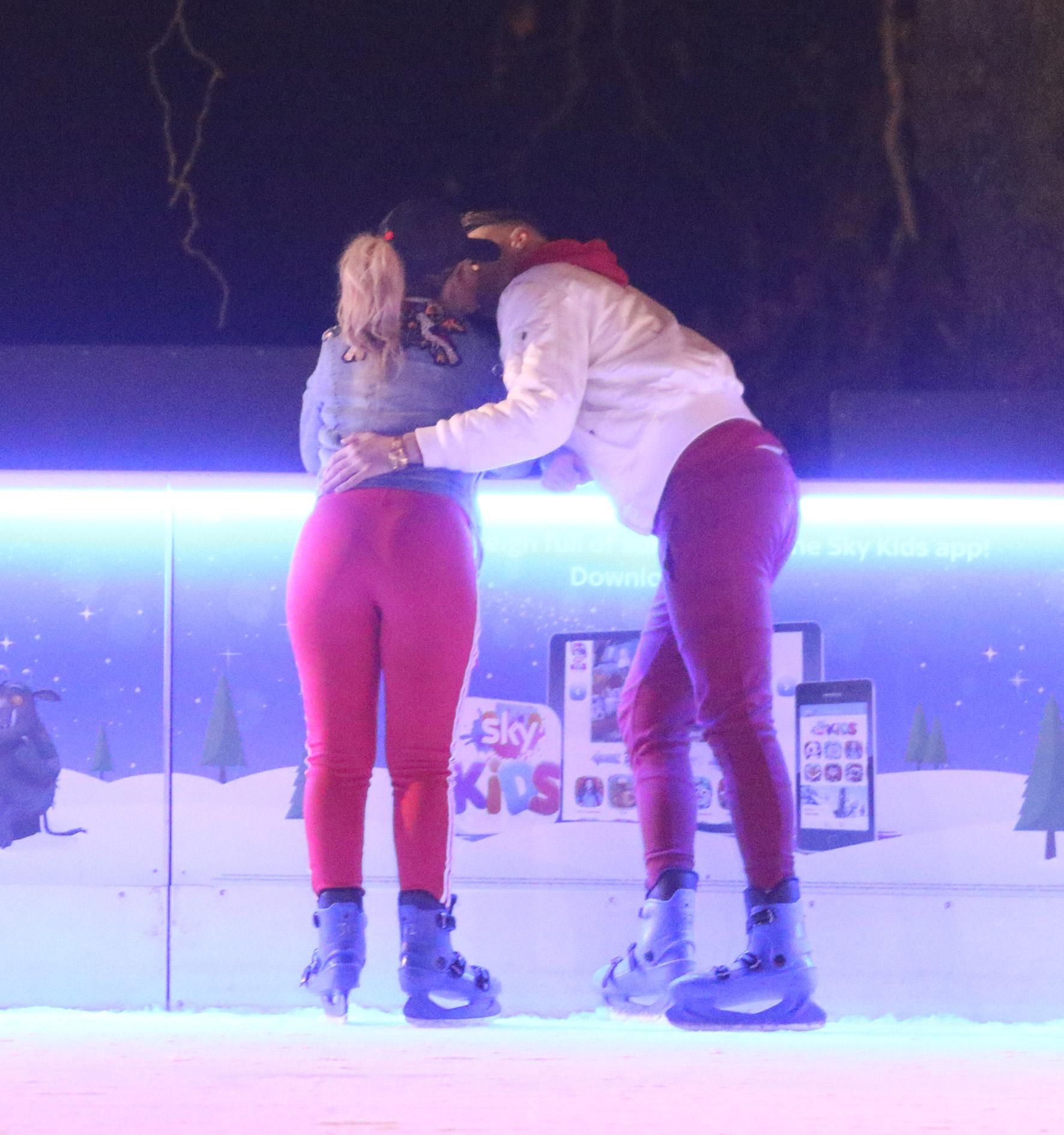 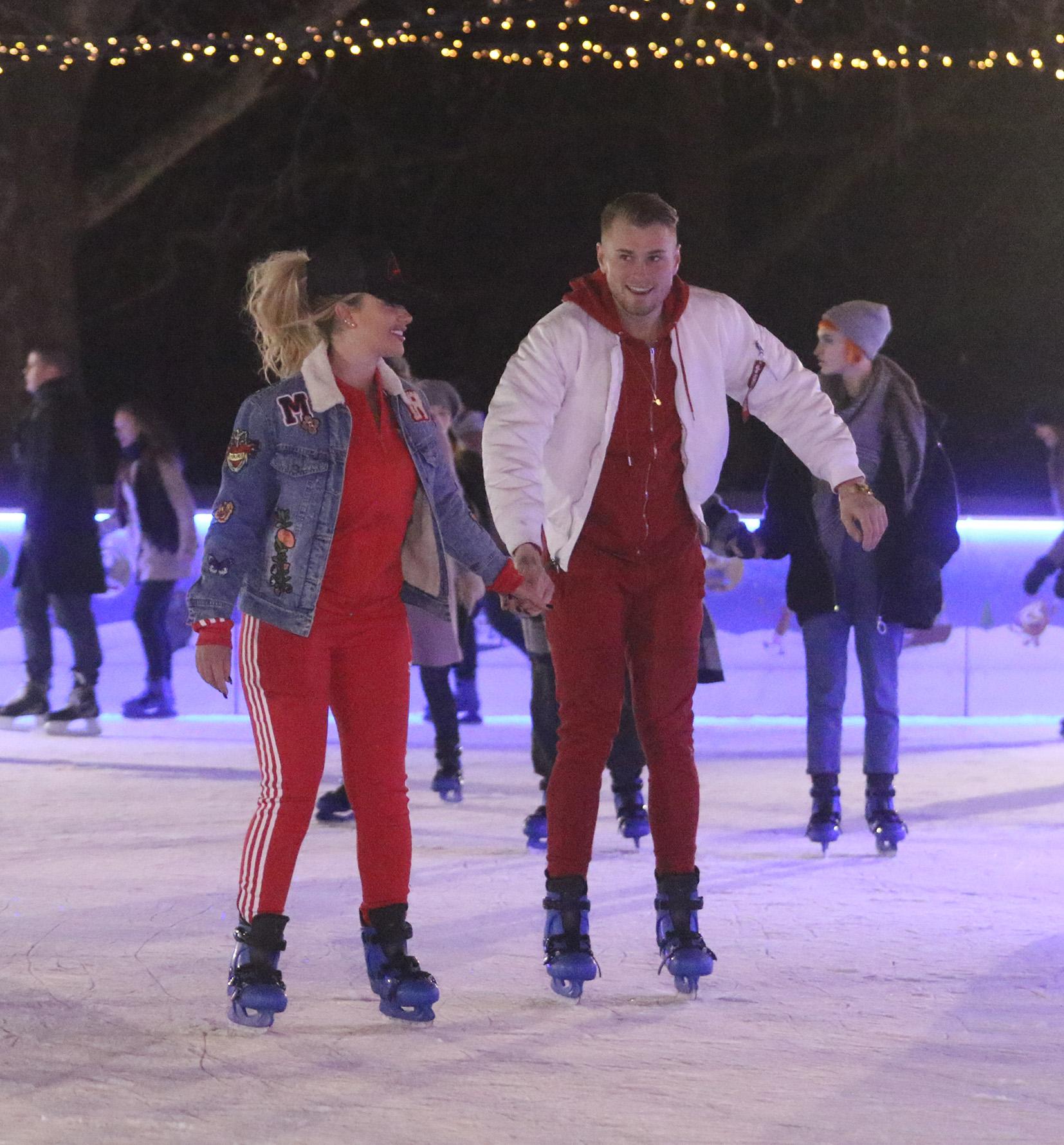 "They enjoyed a few rides before getting their skates on, and had a giggle as they took it in turns to fall on to the ice."

The new romance comes months after Chloe was taken with footballer Jermaine Penant during her time in the Borehamwood bungalow, before she realised he was in fact married to Alice Goodwin.

After his eviction, Jermaine apologised to his wife and confessed he over-stepped the mark with his flirting.

Since then, Chloe was linked with Jack Harrison following her appearance on the Channel 5. 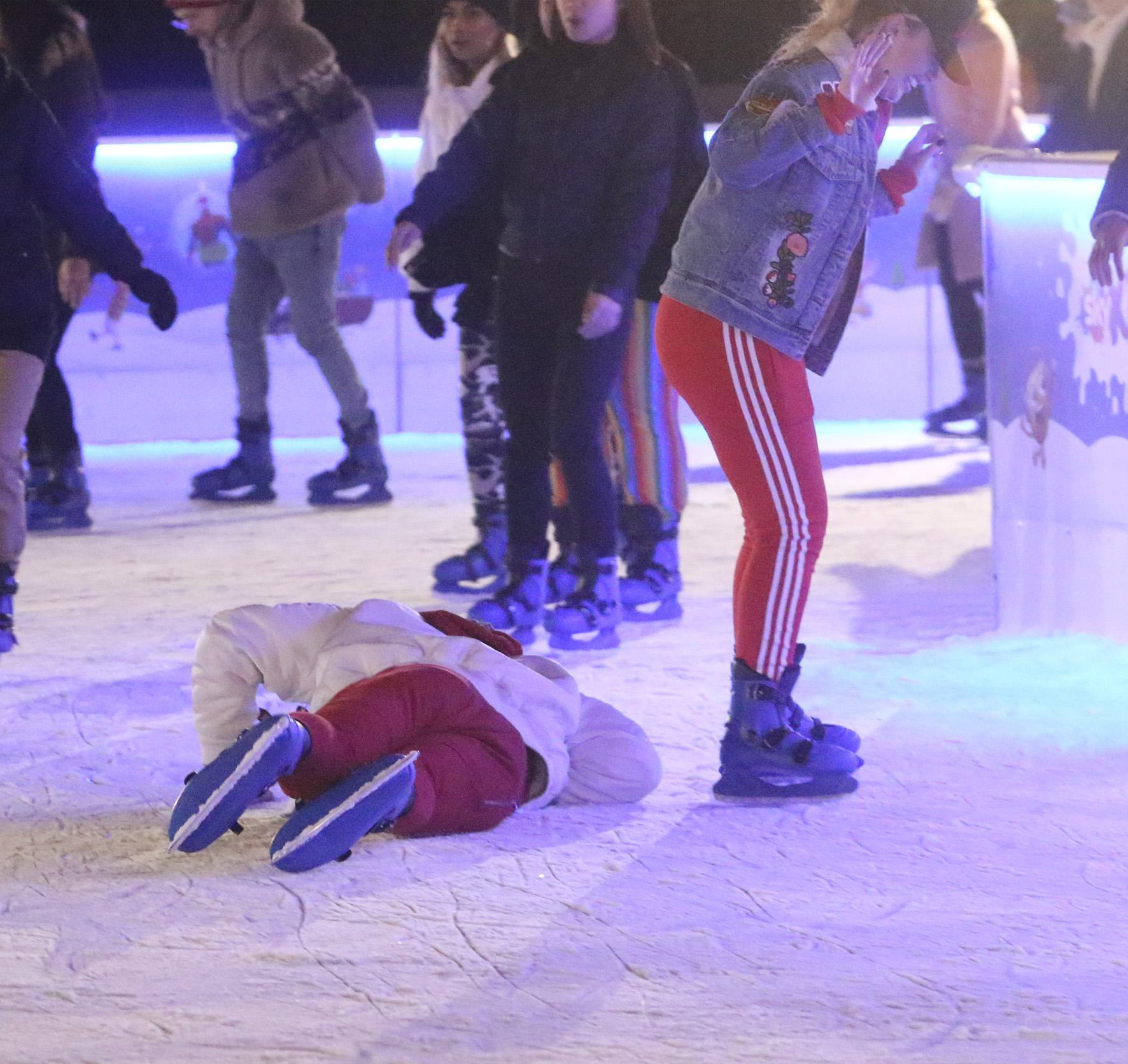 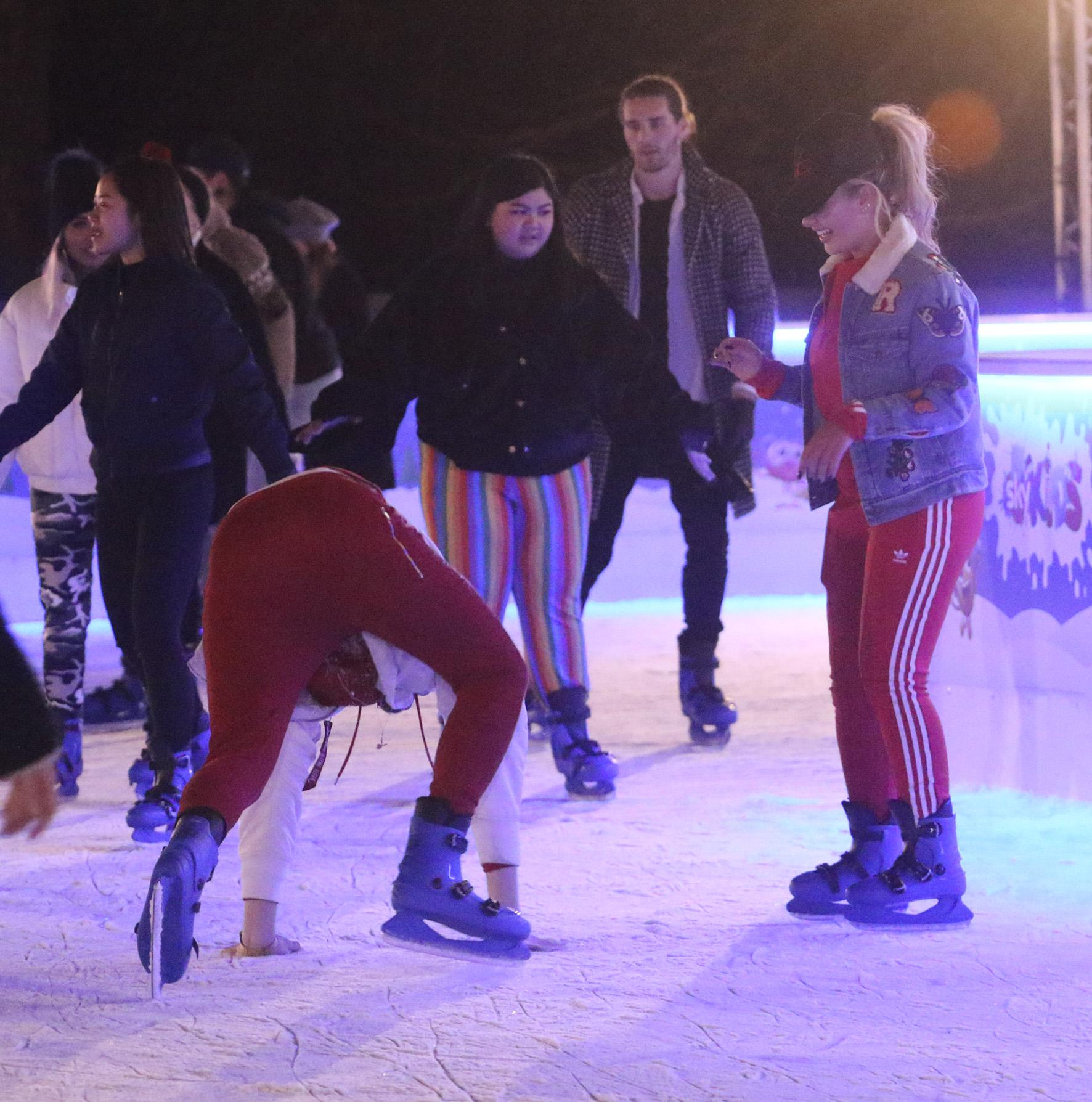 The pair were spotted holding hands after going to the National Reality TV Awards in London in September.

Chloe stayed tight lipped about her relationship with Jack but shared a sweet selfie of the pair cosying up for a selfie inside at the time. 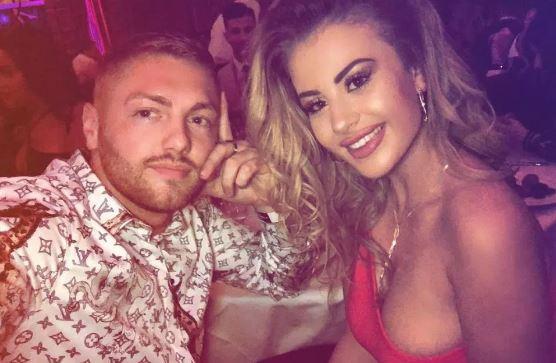 After they went public, The Sun Online revealed Jack's criminal past – with the "thug" jailed for a year after a fight in a nightclub.

In a statement, he said he was a changed man and said: "I made a drunken mistake as a young man and I paid for it.

"I'm very sorry to all that were involved. Since then I have rebuilt my life and am in a positive place."