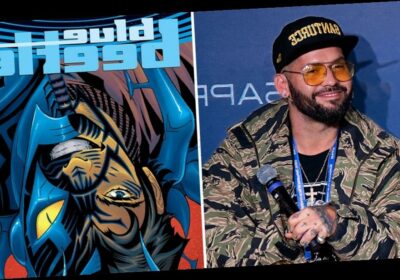 Deadline has confirmed that Puerto Rican filmmaker Angel Manuel Soto has been tapped to direct DC Films and Warner Bros.’ Blue Beetle, the first superhero film that will be led by a Latino character.

Created by Charles Wojtkowski for Fox Comics in 1939, the character Blue Beetle has had a number of superhero alter egos, but the film is said to focus on Jaime Reyes who first introduced in 2006. As the Blue Beetle, the Mexican-American teen from El Paso is known for his high-tech alien armor.

Soto directed the 2020 drama Charm City Kings, which has its premiere at last year’s Sundance Film Festival and is currently available to stream on HBO Max.

The Wrap was the first to report this news.