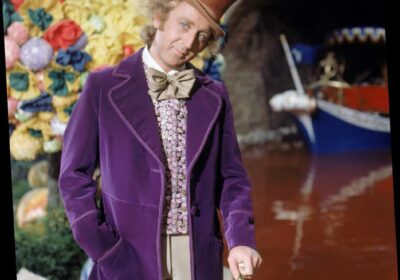 A world of pure imagination will hit the big screen again in 2023.

The movie is being produced by David Heyman, who produced all eight Harry Potter films, and written by Simon Rich, who most recently worked on Seth Rogen's HBO Max film An American Pickle. Paddington director Paul King will helm the film.

During an interview with Collider in 2018, Heyman confirmed that the upcoming project would be a prequel, set before the events of Roald Dahl's popular children's book Charlie and the Chocolate Factory, and the two movie adaptions.

"We are still trying to figure out how to tell that story, what the story is," Heyman, 58, said at the time. "It's a prequel, it's not a sequel. What makes Willy — when we find him at the chocolate factory doing the golden ticket, where is he before that? What leads him to that place where he's locked himself away? … It's how does he get there? So we're playing around with that." "It's challenging because you don't have Dahl, you don't have a Dahl book, and yet you have a Dahl character," Heyman told Slash Film in 2016. "But I think there's a lot in his character that suggests who he is and also where he might come from or what his childhood or his middle age might have been like. So we're exploring that. We're discussing it. We're in the very early stages and very excited about what lies ahead."