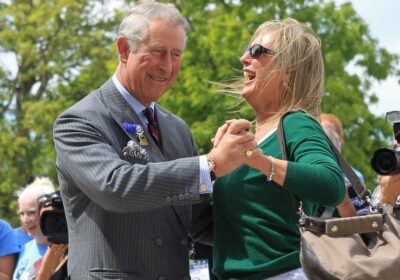 Prince Charles and Camilla are reportedly planning to host an episode of Strictly Come Dancing live from Buckingham Palace later this year.

The Royals had secret talks with the show's bosses after the Queen gave her royal blessing for the filming to go ahead.

The historic episode is set to be shot in the Palace ballroom, with Charles, 73, and Strictly superfan Camilla, 74, set to potentially take part.

A source told The Sun: “Charles and Camilla are very much driving this and the BBC couldn’t quite believe what was being offered.

“Strictly at Buckingham Palace is just TV dreamland. It should be a wonderful spectacle.”

The show will bring the Queen's Platinum Jubilee to a close, with the quarter or semi-finals being planned for the broadcast, which will take place later this year.

It is thought these shows have been selected as it would avoid a clash with the latter stages of the World Cup in Qatar, which runs until December 18.

Buckingham Palace's ballroom will be the perfect setting for the glitzy show, having been host to 112 state banquets throughout Her Majesty’s 70-year reign.

Another source told The Sun: “The Prince of Wales and Duchess of Cornwall are, like millions of others, huge fans of Strictly Come Dancing – and so is the Queen.

“There is a commitment and sense of goodwill to achieve what would be an unmissable occasion to cap a very special year for the Queen and the nation.

“Camilla and Charles would be delighted and honoured to host Strictly.”

So far, plans have been kept tightly under wraps, with only top BBC executives involved.

Palace aides are in the know, due to production meetings taking place to discuss the logistics of fitting the set into the Palace ballroom.