Sitting on the sofa of their family home in north London, the Masked Singer star was joined by his children, Honey's boyfriend Zane Saz and their dogs. 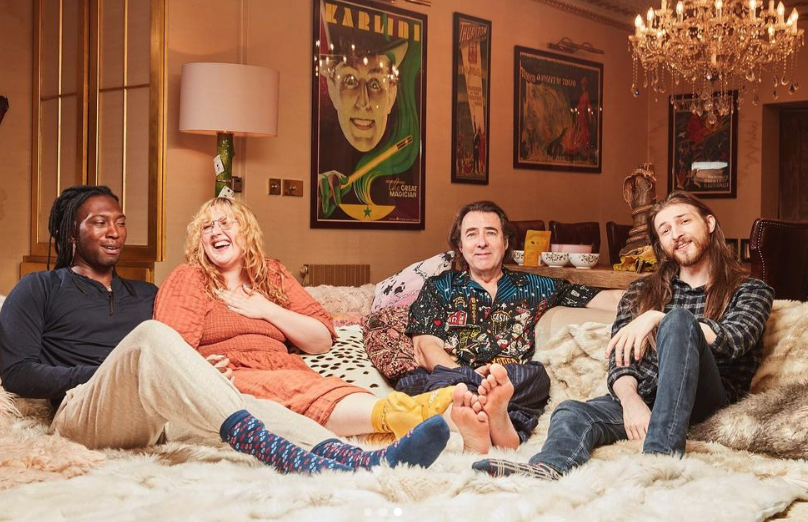 Looking comfortable and relaxed in the corner of the couch, Jonathan made his debut as he laughed off one of his dogs profusely licking his legs.

"Get involved boys, I want that leg to be devoid of any hair by the time you're finished with it," he joked as Honey, 24, and Harvey, 27, giggled.

"Look at that, why do they do it?" he went on to ask his children about the dogs, with Honey asking: "Is it salty? Do you think it's because it's salty?"

"I want to look away but I can't," son Harvey chimed in as Honey's boyfriend Zane, a music producer and writer, watched on silently. 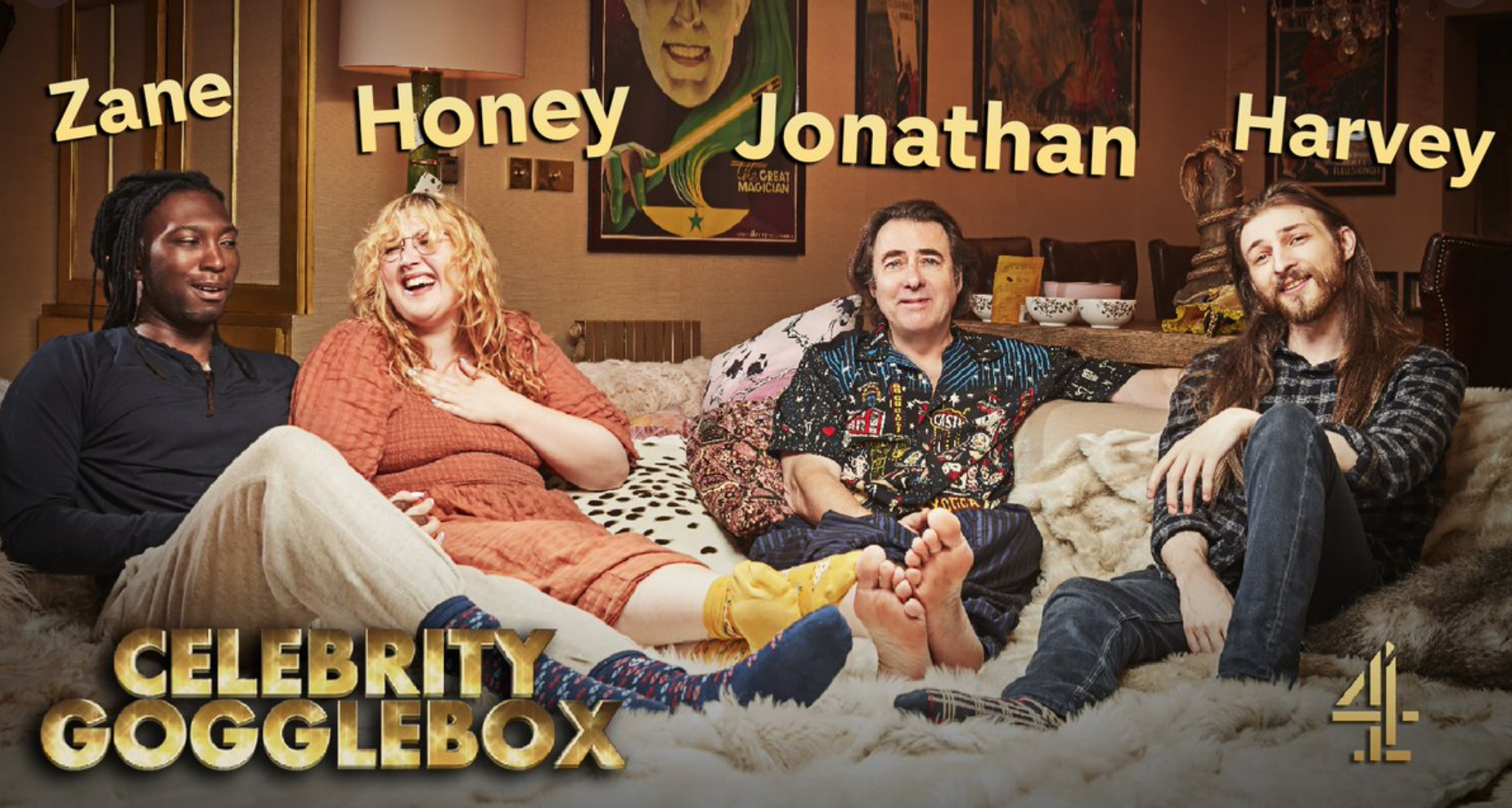 "I don't think my legs are especially salty," the 60-year-old TV presenter defended himself as he tried to explain why he allowed the dogs to lick.

It came as the foursome made their debut on the Channel 4 show, where they watched Anne Robinson's Countdown debut and a wildlife show.

Fans were over the moon to see the family – who are set to appear in two episodes of the show – come together in front of the telly.

"Fabulous to see @wossy & family on #CelebrityGogglebox," one fan wrote on Twitter to celebrate. 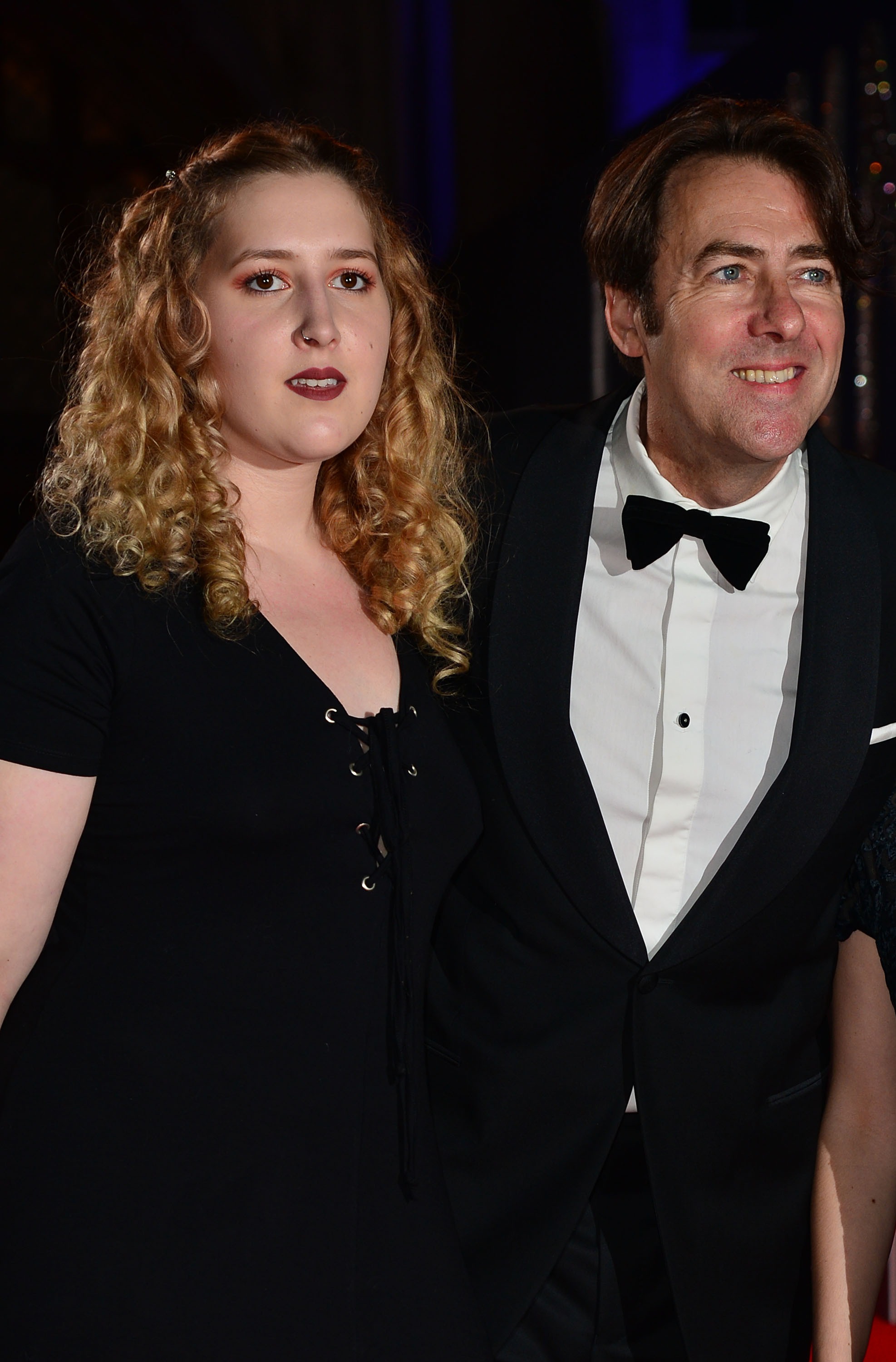 While another chimed in: "Jonathan Ross and his family on Gogglebox!"

"Am I dreaming? TELL ME IM DREAMING!" a third wrote on Instagram, while a fourth added: "This is the BEST sofa crew. The best!"

Earlier on Friday, Jonathan's daughter teased their appearance on the hit Channel 4 programme on her Instagram grid.

The body image activist posted a picture of some of their official portraits for Celebrity Gogglebox, including rarely seen brother Harvey and boyfriend Zane.

The snaps saw them lounging on the sofa, with Honey, whose mum is film producer Jane Goldman, cuddling up between her dad and Zane.

Jonathan and Jane, 51, also have another daughter, Betty Kitten, 30, who didn't join the family for their TV debut.