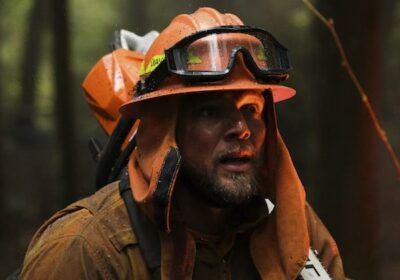 Only twice in the past 10 years had CBS scheduled a freshman drama for the end of the week — the most recent instance being MacGyver, which called Friday home for five seasons.

Fall TV Preview: Our Guide to Every New Show

This fall, CBS will do it again, when the firefighter drama Fire Country claims the cancelled Magnum P.I.‘s time slot, hammocked between rock steady S.W.A.T. and the long-running Blue Bloods (which consistently cops the night’s largest audience).

Hailing from prolific producer Jerry Bruckheimer and inspired by SEAL Team vet Max Thieriot’s real-life experiences growing up in Northern California fire country, the new series stars Thieriot as Bode Donovan, a young convict seeking redemption and a shortened prison sentence by joining an unconventional prison release firefighting program in Northern California, where he and other inmates are partnered with elite firefighters to extinguish massive, unpredictable wildfires across the region.

“It’s a high-risk, high-reward assignment,” the synopsis tells us, “and the heat is turned up when Bode is assigned to the program in his rural hometown, where he was once a golden all-American son until his troubles began.” Five years ago, Bode burned down everything in his life, leaving town with a big secret. Now he’s back, with the rap sheet of a criminal and the audacity to believe in a chance for redemption via Cal Fire. 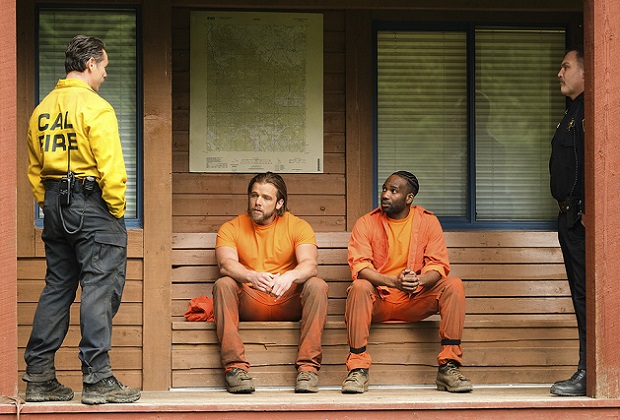 Explaining Fire Country‘s freshman time slot, CBS Entertainment president Kelly Kahl told TVLine, “To be honest, it felt like a Friday show, in a good way. It’s not ‘blue sky,’ it’s got a smoky sky, but it’s outdoor and it’s big and it just kind of feels like an end-of-week, Friday-night show.” 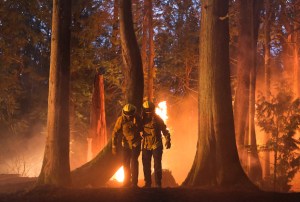 And one that should pair nicely with both Friday’s reliable leadoff hitter and the night’s most watched program on any network. “When you put it between S.W.A.T. and Blue Bloods…. We were happy we could support it with a lead-in,” Kahl noted, “and thematically it felt right with those other shows.”

Speaking of Fire Country‘s lead-in, Kahl is also pleased to have Hondo, Deacon et al back holding down the fort on Fridays, after a half-season stint in the Sundays-at-10 spot, once SEAL Team relocated to Paramount+.

“They were great soldiers when we needed them on Sunday,” Kahl said, “but we also knew [S.W.A.T.] did well on Friday, so we’re happy to be bringing them home.”

Want scoop on any of the above? Email [email protected] and your question may be answered via Matt’s Inside Line.