Carol Vorderman, 59, entered the I’m A Celebrity…Get Me Out Of Here! jungle back in 2016, joining a cast including the likes of Gogglebox star Scarlett Moffatt, 30, and former Emmerdale star, Adam Thomas, 32. The mathematician was best known for her presenting role on Countdown and other various shows on British television before arriving in the camp in Australia. However, her contract with the ITV show wasn’t playing sailing as she was warned against taking the deal in fear it would end her career. 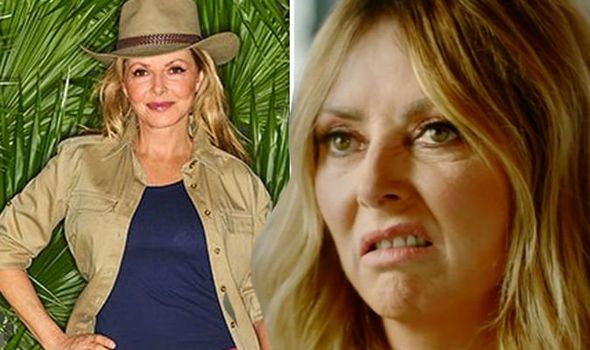 Appearing on a one-off special entitled, I’m A Celebrity – A Jungle Story on Sunday night, Carol recalled her own journey in the jungle.

Discussing what lengths she went to in order to take part, the beloved presenter said she was eager to sign on the dotted line, but her manager was more reluctant.

The former Countdown star recalled how they told her “there was no way” she was going to take on the contract.

“It would be a career disaster,” the former campmate remarked as she explained the fears her team had for her.