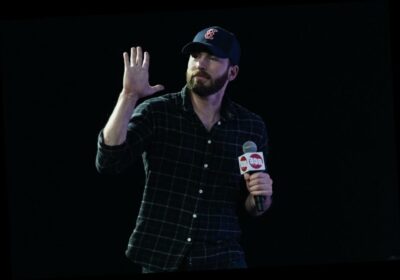 There are a ton of blink-or-you’ll-miss-it Easter eggs sewn throughout the MCU. Each film is littered with references from the comics. In Captain America: The First Avenger, there’s actually a reference to the original Captain America comic cover.

But there’s one key difference in the version of the cover that fans saw in real life. That difference is a testament to Marvel’s attention to detail. Let’s take a closer look at that Easter egg many fans may have missed if they weren’t looking for it.

‘Captain America: The First Avenger’ set the stage for the leader of the Avengers

In 2011, the MCU was already in full swing. Iron Man, Hulk, and Thor had already appeared in their own solo films – Iron Man received two at that point. When Captain America: The First Avenger debuted in theaters, the franchise wasn’t quite the cinematic juggernaut it would later become. Each film was certainly popular, but the idea of all the heroes teaming up was still yet to be explored.

The First Avenger told the origin story of Captain America, a humble man who became one of the greatest heroes the world had ever known. Steve Rogers starts out life as a scrawny kid from Brooklyn, unable to truly defend himself despite having a never-say-die attitude. When Rogers enlists in the U.S. Army during World War II, he’s selected to take part in their super soldier program. While his physical gifts are lacking, he possesses courage and fortitude.

Steve successfully completes the experiment and leads a group of men fighting across Europe to take on the evil Red Skull and HYDRA. He eventually defeats the Red Skull, but sacrifices himself in the process. He crash lands a jet into some icy terrain. He’s thawed out saved decades later in the present day.

The role of Bucky Barnes in ‘The First Avenger’

When the audience first meets Bucky, he’s Steve’s best friend in Brooklyn. Both men eventually enlist in the military, and after Steve goes on a USO Tour, Bucky eventually joins Steve’s company. Behind Steve’s new powers and leadership, the two help fight for the U.S. during the war. Sadly, Bucky seemingly perishes when he falls from a moving train off a cliff during a skirmish with HYDRA.

Bucky eventually returns to the MCU as the brainwashed Winter Soldier, an agent of HYDRA. Through Steve’s efforts, he helps Bucky clear his mind of his previous programming and helps him shed his evil ways.

One cool Easter egg some fans may have missed came during a quick close-up in The First Avenger. One MCU fan pointed it out via Reddit. In the film, there’s a close-up of the actual Captain America comic book cover from real life shown in the film. It’s framed as being propaganda developed by the U.S. government.

In the original comic book cover, Bucky is standing alongside Cap. In the version in the film, Bucky has been removed. The original poster explains why that was done:

“A tiny detail I noticed in captain america: the first avenger. They removed Bucky from the cover of the comics kids are buying (as cap and Bucky aren’t working together yet)”

It’s this kind of detail that makes the MCU so successful for comic book fans. While they’re telling a cinematic story, they also honor the comics that inspired these films. That said, they ensure to adapt that material so that it aligns with the story they’re trying to tell within the movie.