Cain hopes Faith dies in Emmerdale as he discovers her cancer 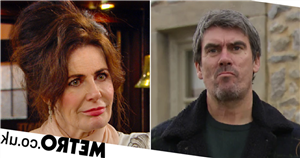 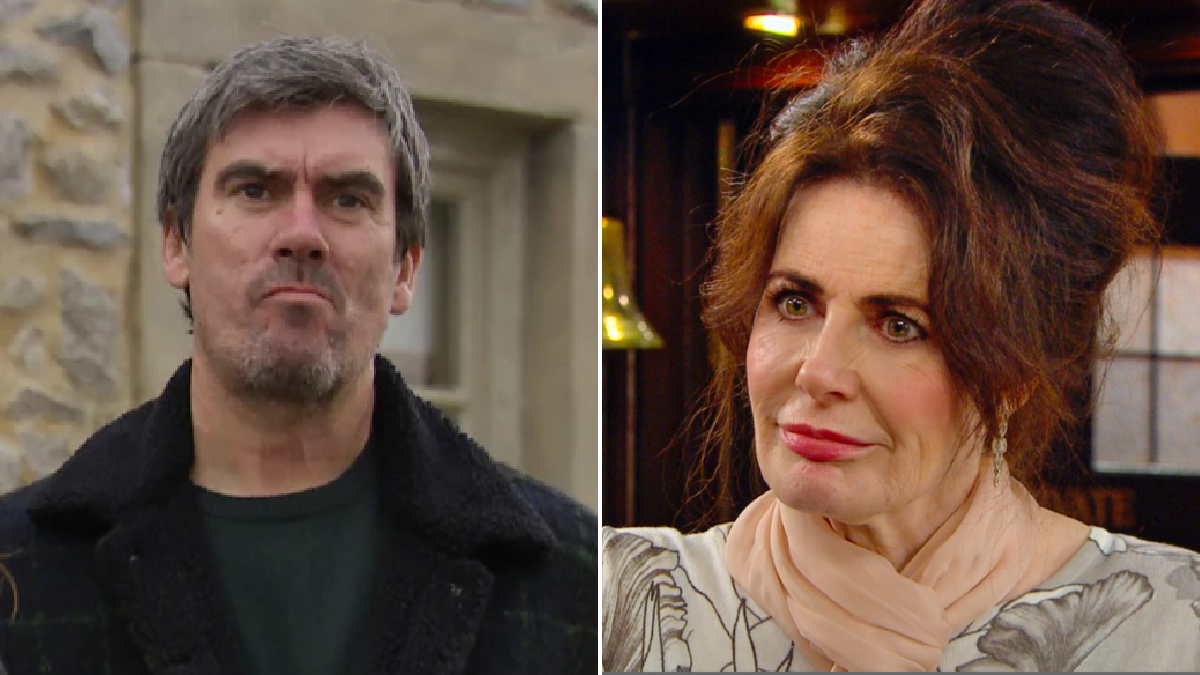 Cain Dingle (Jeff Hordley) sinks to another devastating low in Emmerdale next week, as he wishes mum Faith (Sally Dexter) dead on her birthday.

The mechanic, as viewers know, has been struggling to forgive Faith for past grievances. Faith, however, has ignored her son’s hatred, going out of her way to make amends with him.

Despite her efforts, Cain has remained abusive and horrible towards her, and told her that he wanted her to drop dead earlier this year.

Such a charming man.

Faith, as fans are aware, has a lot on her plate, as she’s struggling to get her head around the fact that her cancer is back, and this time, it’s incurable.

She confided in Moira (Natalie J Robb) about her diagnosis, but has sworn her to secrecy, as she doesn’t want Cain and Chas (Lucy Pargeter) to find out just yet.

Cain, meanwhile, headed off to Scotland to recover following his near-death experience, and didn’t have the decency to let his mum know about the trip.

Next week, however, he returns unexpectedly, and Moira is left concerned, fearing that animosity will ensue.

Faith’s chemotherapy side effects are apparent, but Cain mistakes them for her suffering from a severe hangover. He berates her once more, but Faith remains dignified.

Afterwards, she asks Chas to make plans for her birthday, hoping it might be a chance to make things right with Cain. Cain, however, is not too pleased when he’s tricked into attending, and thus he tells Faith that his only birthday wish for her is that she’ll stop dead.

Unwilling to wait any longer, Faith reveals that her cancer is back, and confirms that it’s incurable.

Just how will Cain react?