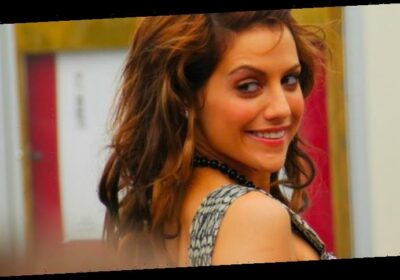 Brittany Murphy broke out in a big way with her scene-stealing turn in Clueless – her second credited acting performance, but her first real speaking part. She had real screen presence and it felt like she was at the beginning of what would be a long, interesting career. Tragically, Murphy died only 14 years after her big break, with her cause of death officially listed as pneumonia, at the way-too-young age of 32. Murphy’s sudden, premature death led to several different conspiracy theories that have unfortunately overshadowed her life and career. Now, a two-part HBO Max documentary will explore Murphy’s life – and will also attempt to tackle the mysterious circumstances surrounding her death.

HBO Max has ordered a two-part Brittany Murphy documentary from Blumhouse Television and Pyramid Productions, directed by Cynthia Hill (Private Violence). The doc is described as “an in-depth, intimate character portrait exploring the life and career and mysterious circumstances surrounding the tragic death of ’90s actress and rising star, Brittany Murphy. The series will go beyond the conspiracy theories and headlines, featuring new interviews by those closest to Brittany and new archival footage.”

Murphy technically made her feature debut with the 1993 film Family Prayers, but her role in that film was small and completely dialogue-free. It was 1995’s Clueless that truly signaled her arrival, with Murphy playing the goofy, endearing Tai – a performance that immediately caught everyone’s attention. Murphy would go on to appear in many more films, but her career came to a tragic end when she died at the age of 32. Her official cause of death was listed as pneumonia, but there have been a wealth of controversies and conspiracy theories surrounding her passing over the years. Those conspiracies were given even more fuel when Murphy’s husband, Simon Monjack, was found dead a year later at the same house Murphy died in.

While this two-part doc is going to address those conspiracy theories, it doesn’t look like it’s taking a lurid, tabloid-like approach to the material, and will also devote more time to Murphy’s actual life and career. As director Cynthia Hill said in a statement: “I agreed to do this film because I think it’s a shame that Brittany’s promising life and career has been eclipsed by the circumstances of her death. I think it’s important to celebrate Brittany’s talent as we struggle to explain the tragic circumstances of her and Simon’s deaths.”

Jennifer O’Connell, executive vice president, Non-Fiction and Live-Action Family Programming, HBO Max, added: “Our Brittany Murphy documentary cuts through the tabloid noise with an elevated, nuanced depiction of a sensational story. Crafting a grounded account of Brittany Murphy’s life struggles and sudden passing comes with great responsibility and we’ve partnered with a masterful creative team to produce a thoughtful examination of a tragedy that has long been cause for speculation.”

And Mary Lisio, executive vice president, Alternative and Non-Scripted Programming, Blumhouse Television, added: “Brittany Murphy was a rising star whose filmography includes movies that defined a generation. We thought her story warrants a deeper exploration, and examination into the environment that allowed her to become a victim of success. We’re thrilled to be partnering with HBO Max, and to collaborate with a director like Cynthia Hill who takes a nuanced approach to complex stories about women and contemporary issues.”