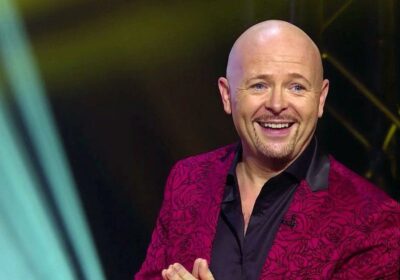 Britain’s Got Talent (BGT) is heading for the semi-finals this week (May 30) and the competition is heating up.

After thousands auditioned, just 40 have made it to the semi-finals, including five golden buzzer acts.

The best of the best will now be directly competing for the chance to make it to the final.

If they win, they will receive a life-changing prize and a chance to perform in a venue of their dreams.

After a two-year wait for the ITV show to return due to the coronavirus pandemic, fans are more desperate than ever to see who takes home the trophy for 2022.

What do Britain’s Got Talent winners get?

The prize from BGT has remained remarkably consistent over the years, with little deviation from what the winners can look forward to.

Once again, the finalist that takes home the top spot will also be walking straight to the bank with a cheque for £250,000.

However, in 2012, Ashleigh and Pudsey won the most generous prize of £500,000, with the show never returning to that level of money again.

However, there is a second prize they can all enjoy: the chance to perform at the highly decorated and historic Royal Variety Performance.

Taking place in the Royal Albert Hall, with a chance to perform in front of the Queen or other Royal Family members, this prize has remained unchanged since 2007.

If you’re wondering who won BGT in 2021, the answer is an obvious one: no-one.

This is because the show was postponed until 2022 due to the coronavirus pandemic.

This means that the last winner was in 2020, with comedic pianist Jon Courtenay cinching the competition that year.

He won the public vote and took home the quarter of a million cash prize.

He also immediately knew what he wanted to perform that the Royal Variety Performance.

Speaking to Ant and Dec straight after his win, he emotionally said: “Don’t ask me to speak. I tried not to think about it because I am really bad at hiding disappointment.

“This morning for the first time, this sounds really dramatic and I literally, woke up with an idea for a song for the Royal Variety Performance.

“I wrote it down and I tried not to think about it as being a sign because as I say it would be too much pressure.”