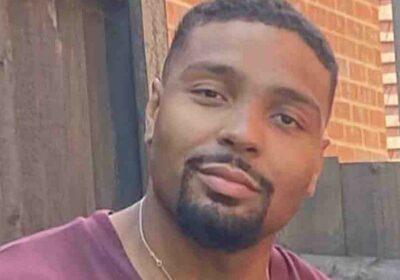 The dancer and father-of-two, 29, opened up about having a fuller shape in the earlier snap.

"Still shocks me when I see this," he wrote.

"Way less dancing, no diet structure and a lack of motivation had me how I was in the first pic!"

"But getting the mindset right and having a focus which was getting ready for tour has me where I am now."

Jordan, who can currently be seen as the new co-host of BBC1's Eat Well For Less?, continued: "Random I know but thought I’d share because looking at those pics next to each other just gave me a shock."

In his 'before' pic, Jordan smiled as he posed with his fuller figure in a maroon shirt and cargo trousers.

The dancer showed a slimmer build in the 'after' shot, wearing a graphic-print black hoodie and cargo trousers.

He had one of his children on his shoulders and was stood next to fiancée Naomi Courts in the newer snap.

Meanwhile, it is reported that Diversity are hoping to return to the Britain's Got Talent stage for the first time since their Black Lives Matter (BLM) dance routine during 2020's series final.

Ofcom was hit with nearly 25,000 complaints for the routine, which featured choreography inspired by the protests following the death of George Floyd in May 2020.

The routine then went on to win the public-voted BAFTA TV award for Must-See Moment.

Jordan recently told The Sun: "'We certainly hope to be back performing on BGT this year."

Referring to his brother Ashley Banjo, 33, Jordan continued: "I don’t know how we can top last time but Ash always has some crazy ideas, is always pushing us, and always comes up with something special, so watch this space."

Eat Well For Less? continues on Thursdays at 8pm on BBC1 and iPlayer