Britain’s Got Talent fans have seen many magic acts over the years, and while the one performed by James and Dylan Piper during tonight’s semi-finals wowed the majority, some figured out how they had managed to swap places so seamlessly.

Amanda Holden, Alesha Dixon and David Walliams were back, as for who was sitting in Simon Cowell’s seat, former BGT winner Ashley Banjo was the guest judge.

Following Urban Turtles opening the show, James and Dylan took to the stage with a new magic trick.

Ashley had to choose six photographs and it was Dylan who had to describe what the images were use telepathy with his father James.

After successfully detailing the photographs, they were then rearranged to form Ashley’s newborn son’s name, Micah. 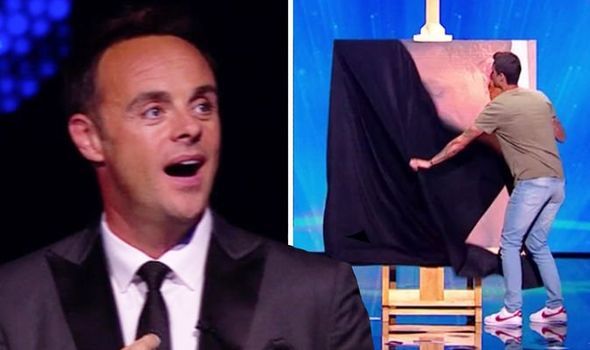 In the middle of the stage, viewers saw a large painting covered with a black cloth, sitting on an easel.

James walked towards it and revealed what was underneath – a larger photograph of Ashley and his son.

He then moved behind it and placed a hand on either side to pick it up – his face was out of judges and those watching at home view.

Walking to the other side of the stage, Dylan continued to speak on the screen, until James took over and Dylan emerged from behind the painting. 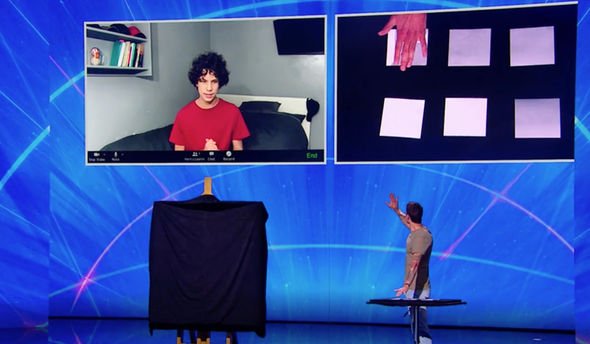 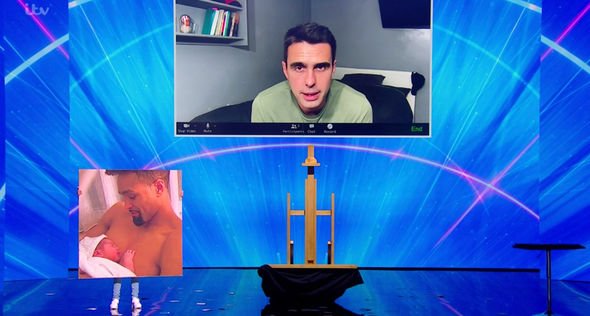 But where was James? He managed to magic himself to behind the judges desks.

However, some looked closely at these exchanges and have suggested they knew how the trick was done.

Taking to Twitter, one said: “I’m sorry they have communicated between each other before this happened #BGT.”

“The man swapped the cards he needed, the recording of his son & him was prerecorded and he ran behind the judges when they were focused on the video. Simple magic. And they used the father & son connection thing to get sympathy. I’m not impressed. #BGT,” a second chimed. 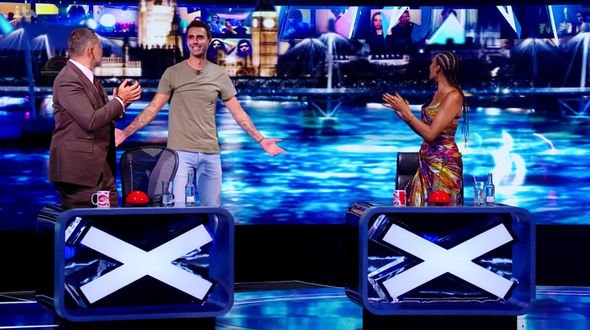 Someone else wrote: “Mate it’s staged everyone’s in on it #BGT.”

“The son is a twin. Probably identical. So he can be in 2 places at once. Wonder if the Dad is too?? It’s obvious the kid was behind the painting the whole time. But the picture thing I don’t get how that was possible,” another tweet read.

One remarked: “It’s obvious the kid was behind the painting the whole time. But the picture thing I don’t get how that was possible,” and another replied to this with: “Hand signalling! When he had his hand over each card there were subtle movements,” while someone else suggested: “Dont think the whole time.. when the sheet dropped there was probably a trap door he came up, dad went down.”

Many however did enjoy the performance overall: “James and Dylan are seriously in it to win it this year! Amazing act! #BGT.”

“This act is mind blowing like there’s no way they’d know Ashley would choose those exact photos #BGT,” a fan added.

One mentioned: “How did they do that??? Amazing!! #BGT #semifinal.”

Britain’s Got Talent returns next Saturday at 8pm on ITV.