Bridget Jones author ‘may be’ working on another book and film, teases Sarah Solemani 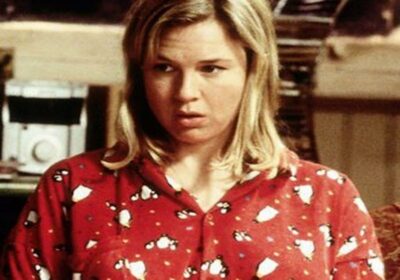 Sarah Solemani has revealed that Helen Fielding has said that Bridget Jones “may” return to the big screen.

The Bad Education actress and writer appeared on Lorraine to talk about her new TV series, Chivalry, before she revealed that she might return to Bridget Jones as her best friend Miranda.

Lorraine Kelly, 62, asked: “Do you think there’s more? As Renee Zellweger has said she’d love to do it again…”

Sarah raised an eyebrow and revealed slowly: “Well, I did bump into Helen Fielding, the novelist, in Hollywood and she did say that there 'may be' another book in the works and Miranda may feature.” “Which would be rather lovely,” Lorraine gushed.

Lorraine then suggested the franchise could continue for years, as she continued: “Because the thing is we can revisit Bridget. We can check in on her you know every so often, every few years, we can see what she’s doing."

Sarah agreed: “That’s it. That’s what so special about that character is we feel so connected to her, we’ve grown up with her and it was just such a thrill to be in that film.”

Leading actress Renee previously hinted that she would return as Bridget Jones as she “loves” playing the character.

Appearing on the The Jess Cagle Show, the star said: "I love being in her shoes.

“I mean, it makes me giggle, you know, every day on set the choices that we get to make about just how awkward we can make her circumstances. It’s just so much fun.”

Renee continued: “I find her so endearing, her self-deprecating sort of determination. I love her.

“And I think it’s really rare to get to follow a character through different stages in her life and in a way that we find her relatable, because she parallels our own life experiences at that time.”

Stay up to date with all the latest on Lorraine by signing up to OK!'s daily celebrity newsletter .