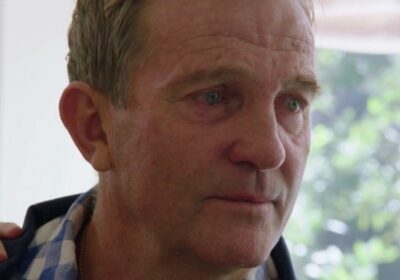 Join the Secret Elves to get first access to our exclusive reviews of the must-have products this year.

Fans of Bradley Walsh and his son Barney were left fuming on Christmas Eve, as a festive special of their reality show Breaking Dad aired on ITV.

The special saw Bradders and son heading on a cross-country road trip across Iceland, experiencing the hot springs, a dedicated Christmas shop and going sledding.

But during one emotional confession Bradley made to his son about Santa's visits, fans were furious that he'd revealed Santa Claus isn't real while their kids were still in front of the TV.

Bradley admitted he used to write letters for Barney 'from Santa' in elaborate cursive for his son to find on Christmas morning, after Barney left whiskey and a mince pie out for Father Christmas the night before.

He joked that his handwriting got progressively worse the drunker he got.

But fuming fans were adamant that revealing he had posed as Santa left their kids certain that he doesn't really exist – just hours before he is supposed to be heading down the chimney.

Taking to Twitter, one furious fan posted: "Not them spoiling Christmas for children!! #BreakingDad."

Another ranted: "#BreakingDad unimpressed with start of programme and discussions about Santa really…! Really angry! Why!"

Another fan was fuming that the show appeared to "disrespect" other cultures, as Barney ran through a list of different Christmas characters as he and Bradley cracked up.

As they headed to see the Icelandic 'Yule Lads', they particularly found the character of Spoon Licker – who is a malnourished character who enjoys, predictably, licking spoons – hilarious.

One angry fan tweeted in response to the segment: "I normally like watching @BradleyWalsh but I don't like people laughing at other countries' cultures @ITV what's going on? #BreakingDad".

However, others were simply sitting back and enjoying the show, as one posted: "This is the best thing I've watched all year, I want to be a Yule Lad."

"#BreakingDad is truly compelling viewing. The relationship between Bradley and Barney is heart warming," someone else followed up.

"God I love Bradley and Barney. I'm laughing so much!" a fourth fan giggled.