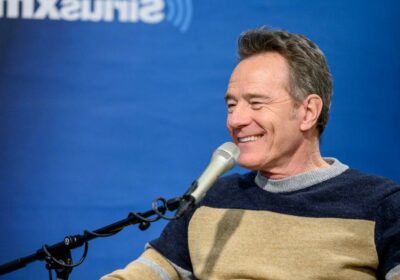 Stars with long careers are bound to develop acting habits and philosophies when they’re on set. That’s true for Breaking Bad star Bryan Cranston, who is committed to bringing authenticity to every role he tackles. In part, that’s why he refuses to pretend when it comes to eating on-screen. Instead, Cranston says he always digs into his meals on set — even when he isn’t supposed to.

Bryan Cranston has strong values when it comes to acting

Cranston began acting after pursuing a political science degree and almost becoming a cop. Once he embarked on his current career path, however, he developed strong values about acting. That’s clear as ever when he speaks about his profession.

During a “Tribeca Talks” interview with New York Magazine’s David Edelstein, Cranston explained the goalposts he sets for himself as a performer. Parade published some of the wisdom he shared during that discussion, highlighting how much thought the actor gives to his approach.

“I perform for myself,” he said. “I have a high plateau that I want to reach. Whether I ever do is secondary to the effort. It’s impulsive. I find the more I [give into my impulses], the more I get off-kilter from the norm.”

The Breaking Bad star also emphasized how important it is to be present is when filming. Not only does it give actors room to change as needed, but it typically results in a more authentic outcome:

“When I’m doing the actual scene, I’m not thinking, ‘Okay, I’m going to feel remorse right here.’ That’s the death knell. You have to be really present and honest and listening. Because your fellow actors will change, and you have to change. You have to be willing to be wrong.”

Given Cranston’s focus on delivering ambitious performances that are true to life, it’s no wonder he’s against pretending when he doesn’t have to.

During a CONAN interview promoting his Showtime limited series Your Honor, he revealed that he always eats the food featured in his scenes. His reason for doing so underscores his commitment to acting. The Breaking Bad star told Conan O’Brien that he doesn’t find scenes where characters push around their food particularly believable. He wants his performances to mirror real life:

“I always eat the food that’s on a set, even when I’m not supposed to. That’s always been a pet peeve of mine to see a scene at Thanksgiving dinner or something and people are kind of pushing around the food and no one’s really eating. It’s like, I don’t believe that.”

Although Cranston is adamant about eating the meals featured in his scenes, he only eats small snacks behind the scenes. When the actor is on set, he embraces “French hours,” which require him to film for long periods of time without breaking. According to Film News, the Breaking Bad star said:

“But if we’re not eating [in the scene] I’m very partial to what we call ‘French Hours’; 10 straight hours, no break for lunch. You pass around munchies — nice, healthy snacks, but very small portions, so it regulates your energy.”

If one thing is clear from Cranston’s behind-the-scenes eating habits, it’s that he puts his performance and the needs of the show or film above all else. That’s an admirable quality to have as an actor — and it allows him to dig into some delicious meals from time to time.