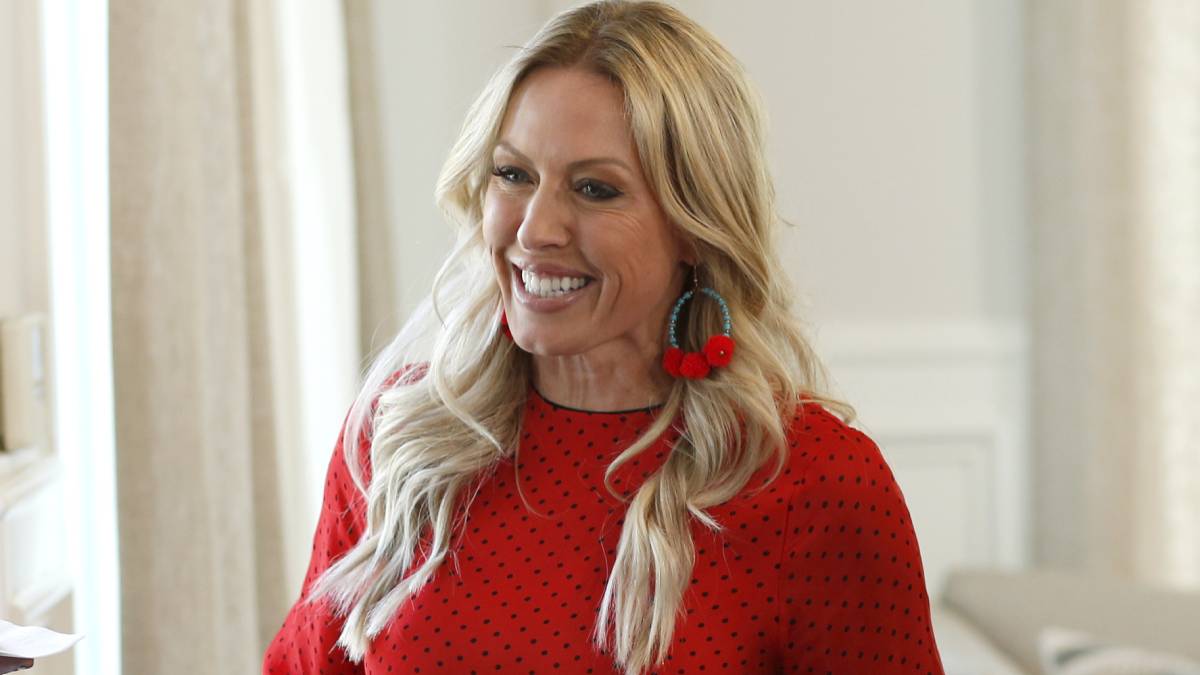 Braunwyn Windham-Burke revealed that there is a secret someone in her life to Us Weekly. This news comes after she revealed that her husband, Sean, moved out of their house.

“There’s someone in my life right now that makes me happy and I smile just thinking about, but I kinda want to protect it right now,” she revealed. “I’m not quite ready to put it all out there, everyone in my life that knows me knows what’s happening.”

While Braunwyn is still holding back on revealing who this new individual is and the relationship they have, she shared that she’s never been happier than with the situation she has now.

“I don’t think I’ve smiled so much,” she added. “It’s good. I know if you look at social media, it seems really like crazy, but things are really good in our house right now.”

What this means for her marriage

While Braunwyn has found a new “special” someone, this doesn’t mean her marriage with Sean is over.

“I’m not going to worry about the future until it happens. I love Sean. Sean loves me. We have every intention of staying together,” she explained to the outlet.

She shared that they don’t plan on getting divorced even though they are currently living separately.

“There’s just a lot of stuff going on in our lives and it’s better for us to not live in the same house right now,” she added. “And to give you some space, we’re both working ourselves, we’re both in therapy. I want to be the best version of myself, so does he, we have been together 26 years. We’re not throwing that away. You know, we are family. He’s my best friend.”

She hinted at the possibility of exploring polyamory. Braunwyn previously shared that they are “redefining their marriage.”

She told the publication that she is learning new things about herself and Sean is allowing her to “explore” them.

“We are very honest in our communication,” she shared. “There are just some things that I have discovered about myself that I wanna explore a little more and he’s very supportive. He understands and, you know, I am living a very authentic life right now and I’ve never given myself permission to do that. … I’m 42 and there are just parts of me that … I pushed down and now I’m allowing myself to live authentically.”

This isn’t the first time they’ve had to restructure their marriage. After infidelity issues, they reevaluated the traditional structure of their marriage and decided to bend the rules.

Braunwyn and Sean opened up about their unconventional relationship during Braunwyn’s first season on RHOC. She revealed that she is bisexual, even kissing former costar Tamra Judge. She also revealed that they are open to having threesomes.

Between Braunwyn’s unconventional marriage, confession to being an alcoholic, and rumors that she is not in touch with any of her costars after filming, Braunwyn appears to be the center of RHOC Season 15.

The Real Housewives of Orange County airs Wednesday nights at 9/8c on Bravo.