The Chase: Bradley walks off as contestant Janty wins £40,000

The Chase returned with four new contestants all hoping to take home a sizeable sum of money as they took on Jenny ‘The Vixen’ Ryan in another edition of the ITV quiz show. One person who sparked a huge reaction from host Bradley Walsh this evening was player number three, Janty, who despite winning £0 in her cash-builder, went on to take £40,000 through to the Final Chase with her, which caused the host to celebrate in a rather wild manner, leaving his post to stray across the studio.

Tonight, Jenny was on brilliant form and quickly eliminated two of the contestants.

Andrew and Pete both had decent cash-builders but Jenny proved too good to beat in their head-to-head.

Next up was Essex-based beautician Janty, who had a bit of a rough start in her quick-fire round.

After not managing to get any questions correct, she admitted to Bradley: “That’s rubbish!” 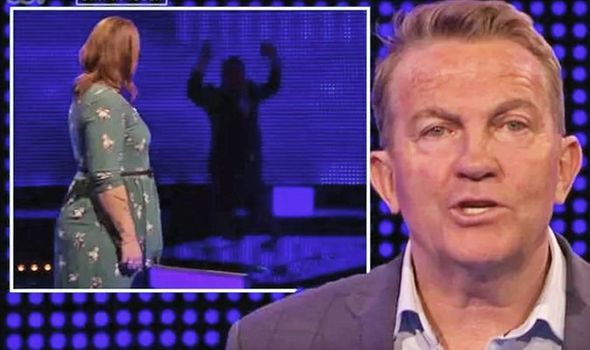 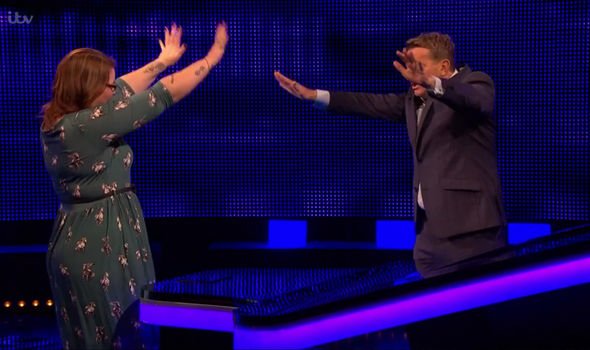 She was only given two offers by Jenny, who told her: “There’s nothing in the bank, I can’t give you a low offer with the £0.”

However, with only one cash sum available on the table, Janty decided to go for £40k, reminding Bradley: “You’re only here once!”

Soon enough, the contestant managed to make her way through some questions which clearly suited her much better.

And when she ended up securing the money for the Final Chase, Bradley was left stunned – leading to him walking off the set. 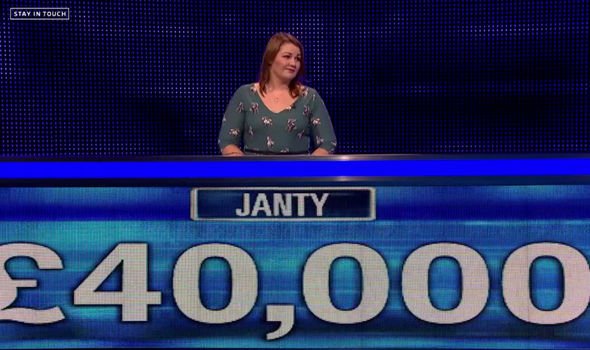 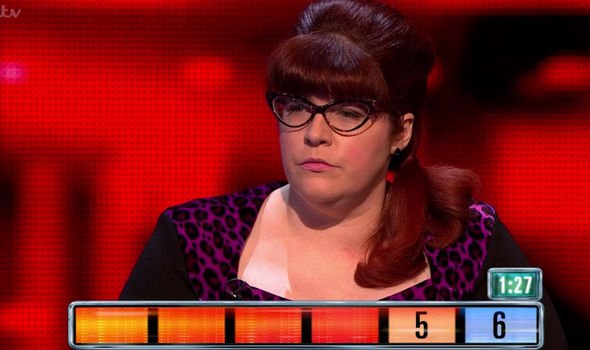 With his hands held aloft, Bradley left Janty at the quiz table as he began to frantically makes his way to all corners of the studio, leaving view of the ITV cameras.

Returning back to his position, he told her: “Cannot believe that, that was unbelievable, boom, kapow…

“No one ever comes here as a beautician, has their work in their garden and has a horse.

“It doesn’t happen, what a match!” With Jenny remarking: “You needed a series of questions that suited you… what a great performance.”

“That will go down for me in The Chase history,” Bradley added. “Absolutely thrilling.”

Last up tonight was Kerri, who was hoping to join Janty in the Final Chase after the latter’s epic head-to-head.

Despite picking up £7,000 in her cash-builder, she was knocked out on her final head-to-head question.

This meant Janty had to face The Vixen on her own and struggled without the help of her other teammates.

The contestant only picked up six correct answers, leading Jenny to catch her in just 34 seconds.

“Short-lived run on the Final Chase there,” Bradley commented, after Jenny’s win.

“Janty, you were such a terrific player, that head-to-head was one of the ages,” Jenny concluded.

Will any of tomorrow’s contestants have more luck against The Chaser and manage to take home some money?

The Chase airs weekdays from 5pm on ITV.