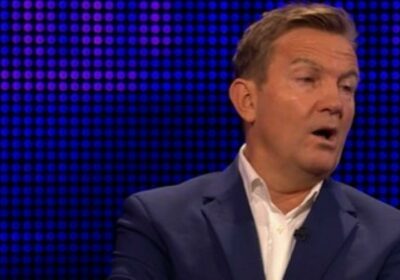 Bradley Walsh hit out at Love Island during a recent episode of fellow ITV ratings winner The Chase.

The final saw a VT compilation of ITV stars congratulating the cast for their efforts over the summer, however, Bradley, 62, appears to not be so keen as some of his colleagues at the channel.

As Jan, Ellie, Roddy and Phil teamed up to go head to head with Chaser r Anne Hegerty – otherwise known as The Governess – Ellie stepped up to the podium and was asked a question about Love Island.

Bradley said: "In 2017, what reality dating show had more applications than Cambridge University?

Ellie immediately knew the answer and quipped at Bradley: "We're back on my territory now – I know what I'm talking about with reality dating shows."

Unimpressed and giving her a disappointed look he replied: "I think I might be alright with this one."

He then added: "That's a sad indictment for the British youth isn't it?"

Ellie then retorted: "Well, you win money on Love Island, not so much at University."

Bradley then congratulated Ellie for answering correctly before he warned her not to give up her education for fame.

One wrote: "Bradley saying how it is about Love Island #TheChase embarrassing."

Another added: "Getting rid of a Love Island viewer can only ever be a good thing #TheChase."

The Chase airs weekdays on ITV at 5pm