Home » TV & Movies » BollyX on Shark Tank: Will this Bollywood workout be the next Zumba sensation?

BollyX on Shark Tank: Will this Bollywood workout be the next Zumba sensation? 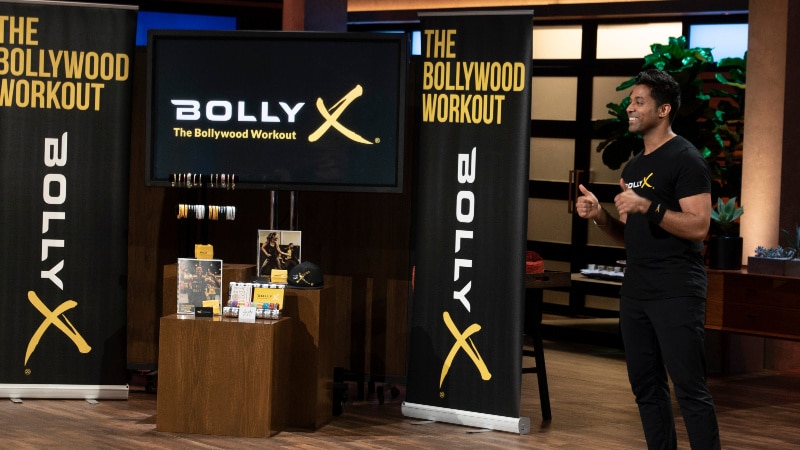 BollyX is pitching in the tank during Sunday’s episode of Shark Tank with the goal of convincing the sharks that Bollywood dancing is the way to go when it comes to fun exercise. Even for those who love to work out, doing the same routine can get boring.

Shahil Patel and his partners have created a workout program that tries to avoid the problem of getting bored during a workout. Bollywood is the inspiration behind the program, and Shahil became so obsessed with Bollywood that he spent more time watching videos online than studying to be a doctor.

He would later participate on America’s Got Talent, performing for raving judges. And he has choreographed routines for commercials, including for Walmart, Pepsi and ATT. Now, it’s time to take Bollywood to the gym. Perhaps he saw how Zumba became a sensation with Latin dance moves and thought he could do the same.

BollyX is a dance-fitness program that combines the classic Bollywood moves with the latest music from around the world. It’s a 50-minute cardio workout.

The sharks may be interested in knowing that Brent Lagerman has joined the BollyX team, the mand behind branding Tough Mudder, the billion-dollar fitness event company.

BollyX is available in over 100 cities and has over 3,000 trained instructors. You can also stream this workout at home online from your laptop, TV, or mobile device, as there are over 250 dance routines ready online.

It’s possible the sharks will get involved to expand the fitness program and get it into more gyms, just like Zumba has done with their program. On the company’s website, you can get workout gear designed with Bollywood-inspired patterns and colors. You can buy leggings for $75 and a sports bra for $60.00.