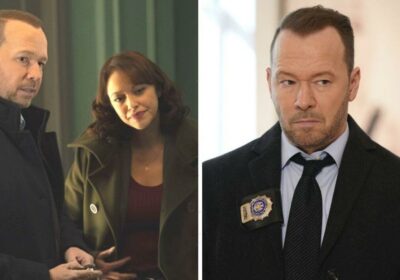 Blue Bloods is CBS’ hit procedural drama which followed the Reagan family as they worked in different areas of law enforcement. With the highly anticipated season 13 debuting later this year, fans believe they will see another work partnership turn romantic.

The Reagan family is led by patriarch Frank Reagan (played by Tom Selleck) who worked his way up to become the NYC police commissioner.

His adult children also followed in his footsteps and landed careers in different areas of law enforcement.

His son Danny Reagan (Donnie Wahlberg) is a detective at the NYC police department while his youngest son Jamie Reagan (Will Estes) also works at the NYPD as a sergeant.

Frank’s daughter Erin Reagan (Bridget Moynahan) is the Assistant District Attorney, however, in the season finale she announced she was going for the role of DA. 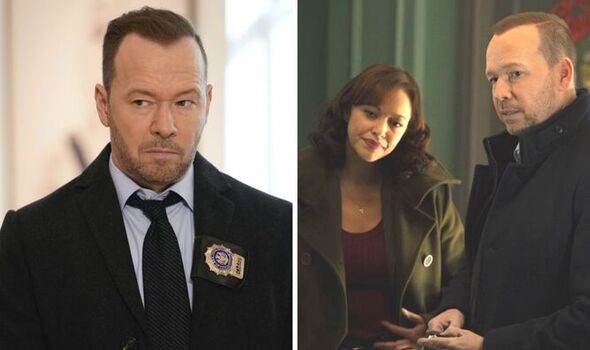 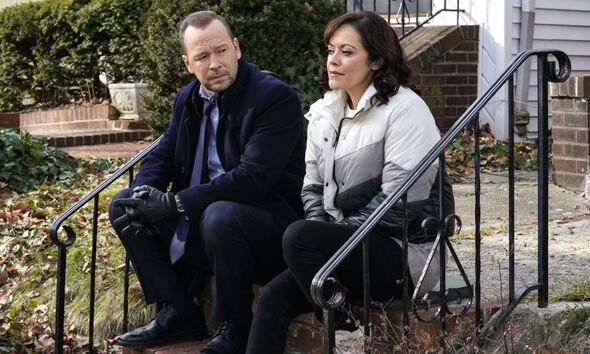 Throughout the series, the characters’ personal lives have often been explored as well as the focus on their profession and the cases they work on.

As a result, fans have also been introduced to colleagues such as Maria Baez (Marisa Ramirez) who worked alongside Danny as a detective.

Although she was promoted to her role in 2003, the episode titled ‘Protest Too Much’ revealed the pair had been friends for over 10 years.

With so much history, Baez also became familiar with Danny’s family and found herself invited to the coveted Reagan family dinner. 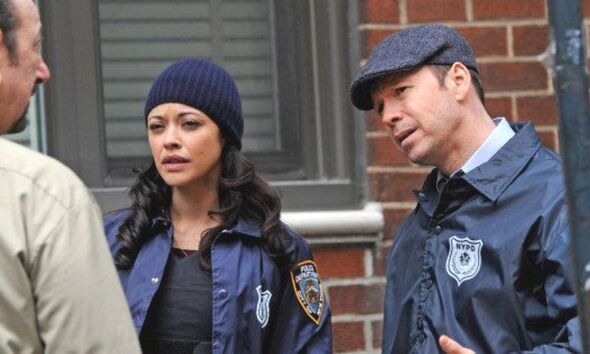 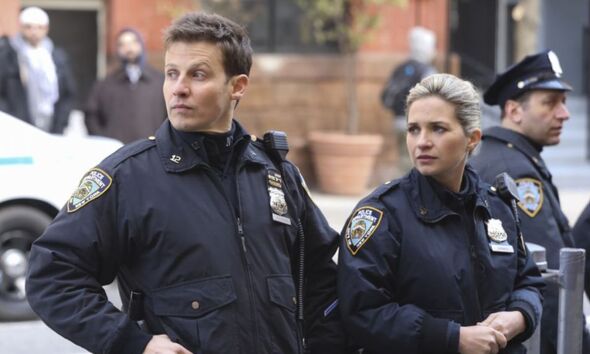 With this in mind, fans believe their friendship could reach new heights and take form to potentially become a romantic relationship.

Taking to Reddit, user Makaeye08 wrote: “I think they should give a relationship a go, they are detectives, not patrol.

“They don’t spend all day in a car on the road, the patrol guide still says nothing so they should remain partners while dating.”

The viewer reasoned: “This would be a good story cause it could cause friction with brothers over Jamie and Eddie.

“However if you remember it was Jamie and Eddie that finally made the split, there was no order handed down, they chose to settle for family sake.

“There is no one better to have your back than your significant other and if it’s a cop even cooler cause they would know what life is like as a cop,” they concluded.

However, other viewers were against the idea of Baez and Danny having a romance and believed their relationship should remain strictly platonic.

User Navitach stated: “For the love of God, please stop with this!! They are professional partners, and yes, they’re good friends, but they should NOT be anything more.”

While another fed-up Redditor added: “Another week, another post about this.”

Showrunner Kevin Wade also caught wind of speculation and told TV Line: “I’m gonna use Sam and Diane from ‘Cheers’ and really age myself here, but once it happens, there’s nowhere to go.”

During an interview with CBS’ The Talk, Danny and Baez stars Donnie and Marisa also weighed in: “Will Estes plays my younger brother on the show and Vanessa Ray plays his now-wife.

Marisa agreed: “I don’t want to be here if I don’t have scenes with him.”