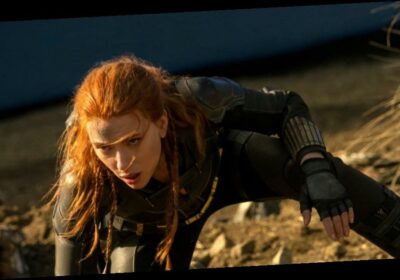 Today at Disney’s annual shareholder meeting, CEO Bob Chapek continued to underscore that the release date for Marvel’s long-awaited feature Black Widow is May 7, and that the Cate Shortland-directed title will be seen in theaters. Chapek made the same confirmation back on Feb. 11 during the studio’s FYQ1 earnings call.

There’s been some intense speculation in the exhibition and rival distribution circles that the Marvel movie will either move once again as overseas markets, which the pic greatly needs to launch, remain in Covid lockdown, or that Disney has some sort of simultaneous theatrical/Disney+ release in its back pocket ala this past weekend’s dud Raya and the Last Dragon which opened to $8.6M.

Speaking of which, Chapek mentioned nothing about Raya‘s financial success on the Disney+ PVOD side, whereby subscribers had to fork over an additional $30 to watch the animation title. The other whisper that’s been going around is that Disney would make Black Widow available during a truncated theatrical window, followed by a drop on Disney+. This past weekend, Raya had to share the Disney+ menu with Marvel’s series finale for WandaVision which was available to subscribers for free.

Said Chapek today: “I hope you’ve all had an opportunity to see our latest family entertainment achievement, Disney Animation Studios Raya and the Last Dragon which we released last week in theaters and on Disney+ premiere access to great acclaim and social buzz. As we’ve said we believe it’s important to put the consumer in charge and let them decide how they want to enjoy our films particularly as we navigate through the pandemic. We are really excited about the full slate of films we have in store. Next up is Black Widow currently sent for release in theaters on May 7.”