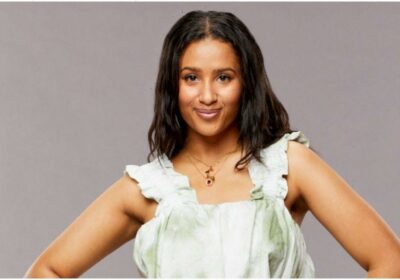 Once again alliances need to be formed on Big Brother. Kyland Young made a new deal and Hannah Chaddha wasn’t impressed by it. This is what she had to say about Kyland choosing Xavier over her.

[SPOILER ALERT: Spoilers ahead for the Big Brother 23 episode on Sept. 15 and the veto winner.]

The Cookout successfully became the last people in the house. But the double evictions ruined a few relationships.

Hannah was the last person to win Head of Household (HOH) and she decided to put Xavier Prather and Alyssa Lopez on the block. Xavier won the veto, so she needed a replacement nominee.

She wanted to put Kyland on the block. But he believed someone who hasn’t gone on the block should go. That meant Azah Awasum and Tiffany Mitchell. Hannah went through with her plan anyway and put him on the block.

Kyland decided Tiffany and Hannah didn’t trust him by doing this. He also said he wanted to make it to the end with the best player and he believes that’s Xavier. He made a final 2 deal with Xavier called “The Gentleman.”

Hannah asked Kyland if him going on the block last week is why nominated her this week in the Sept. 15 episode. He said no. Hannah asked if it was because she’s the person likely to use the veto on Tiffany and he said yes.

“And I realized that there was no scenario where Xavier and Tiffany wanted to move forward in the game together,” Kyland told Hannah.

“Why would you care who X is able to coexist with unless you are closely aligned with Xavier?” Hannah said in the diary room. “Everything is adding up and I believe that the guys are working together. And I think Kyland’s foolish if what he’s wanting to accomplish is winning this season. If your goal here is to lose to Xavier and walk out in second place, congratulations because you’re doing amazing sweetie.”

After Kyland’s conversation with Hannah, there was the veto competition. Everyone played in BB Comics.

Kyland was determined to win to keep his nominations the same and he was successful. He won the veto and decided to keep Tiffany and Hannah on the block.

The episode ended with Kyland saying evicting Tiffany is the best strategic move for him to make it to the end with Xavier and Derek Frazier. Fans will have to watch tomorrow’s episode on CBS to find out who will be evicted and there is another double eviction.