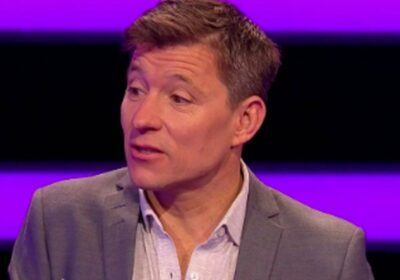 Viewers were left fuming with Tipping Point host Ben Shephard as contestant Sinead was denied the counters she had scored.

As drop zone three lit up, Ben said: "Ooh hold on a second Sinead!", as a counter from her previous game budged further along and pushed some more counters over the edge.

He said: "You hadn't released your counter into the machine so you weren't in play and those counters that have just fallen and were about to go in will have to be voided from the machine. I'm sorry about that."

Luckily, although Sinead was denied the counters, she managed to get another three counters, which saw her into the third round.

However, despite Sinead managing to get through to the third round, viewers still took to Twitter to fume over the fact that she couldn't get her initial counters.

Once Ben told her that they didn't count, one viewer wrote: "That's b******t, give her the counters." Another added: "She's been robbed! It's her turn, give her the counters."

Sadly, despite Sinead managing to get the three counters in her second attempt, the third round was her third and final and she was sent home.

The Belfast-based contestant nearly landed a steal from her fellow contestant Fiona when questioned on a Disney character, but there was a slight mix up.

When questioned on the identity of a character, the answer that Ben was looking for was Rumplestiltskin, though she mixed up his name, which was enough to cost her the points.

Sinead was sent home as Fiona steamed ahead into the final round, before taking home a whopping £10,000 as she landed the jackpot.