A mild season of Below Deck exploded when chef Rachel Hargrove suddenly became angry when an unreasonable preference sheet meeting went awry. Hargrove made a spur of the moment decision to quit, even telling Captain Lee Rosbach to “go f**k yourself.” 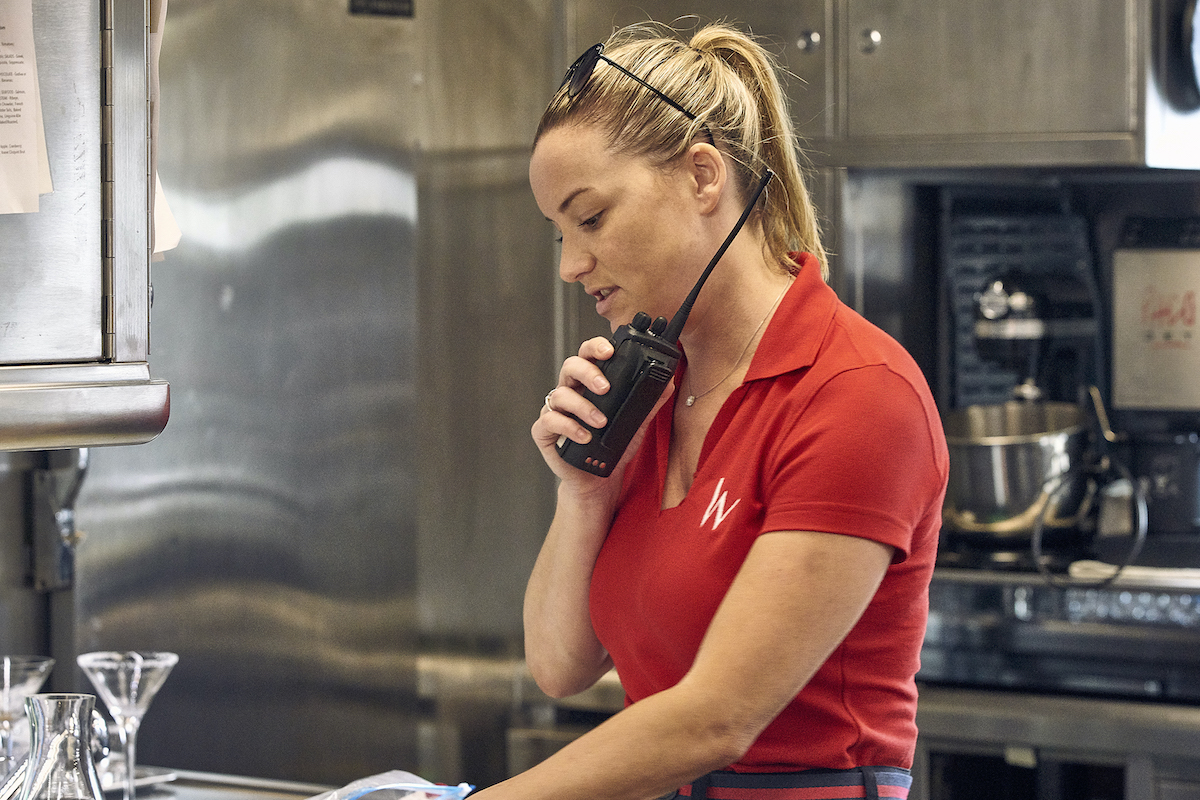 She received strong support but also backlash on social media for her behavior. She flipped off the camera crew and refused to even help the crew by stepping in to make one lunch and dinner. But what got fans buzzing was a comment from former chief stew Hannah Ferrier from Below Deck Mediterranean that seemed to be shade at Hargrove.

“Rachel,” Ferrier wrote on an Instagram thread, which Hargrove shared. “You are a lady. You must act ladylike at all times. Remember … this is a man’s world and you should be grateful for the opportunity to be in the galley. Act ladylike or you will never get your boyfriend to marry you.”

Chef Rachel understood the snark but fans did not

Hargrove responded with a laughing/crying emoji, adding “thanks for riding the ratings wave [Hannah].” But Hargrove later felt the need to share a screenshot of the exchange to explain that the comment was snarky banter and not shade.

“I love that people think I was serious. Me. Serious about that,” Ferrier replied on the thread. Fans still seemed to be confused. “I went to show my boyfriend this comment and it was gone on the other picture!” a fan wrote on the thread. “Did she really delete her comment !? If so she must [have] taken another Valium calmed down and realized what she said lol shake my head! What the hell is wrong with Hannah.”

Hargrove addressed the comment sharing that they were only having fun and a laugh at the moment. “She’s being a smart ass I’m sure she was laughing as she texted it,” Hargrove replied.

Chef Rachel dealt with some serious shade and aggressive remarks

While Ferrier was joking, some fans were not in their aggressive and angry comments. Hargrove shared a direct message from a Below Deck fan who called her disgusting, adding “I’m guessing your boyfriend was horrified and dumped you. “Please understand if you type and send this to me… I am also 2 clicks away from booking a flight on orbits and an uber… so please help me save my money with not having to pay for bail as I come to kick a Karens/ keyboard warrior’s ass,” Hargrove captioned the screenshot.

“Wow, Rachel is a d**uche for doing that to the rest of the crew….. you screw their tips….not to mention the disrespect to Capt Lee,” one fan tweeted.

Another person remarked, “Is this what the devil’s liquid does to chef Rachel?? She told Capt Lee to go fornicate with himself, packed her knives, and hit the dusty trail. Like WOW! Everyone looked too stunned to respond and I think Maryann may something to say about that cooter offer.”

Hargrove also had a slew of support on social media too. “Rachel was performing so well that production obviously wanted to see her crack,” a fan tweeted. “They underestimated how far they could push her though. I hope she comes back.”

Below Deck is on Monday at 9/8c on Bravo.