Home » TV & Movies » 'Below Deck Med': How Did Chef Adam Land in the Guinness Book of World Records?

'Below Deck Med': How Did Chef Adam Land in the Guinness Book of World Records? Chef Adam Glick from Below Deck Mediterranean and Below Deck Sailing Yacht just joined the Guinness Book of World Records thanks to a sandwich-making extravaganza on Today. 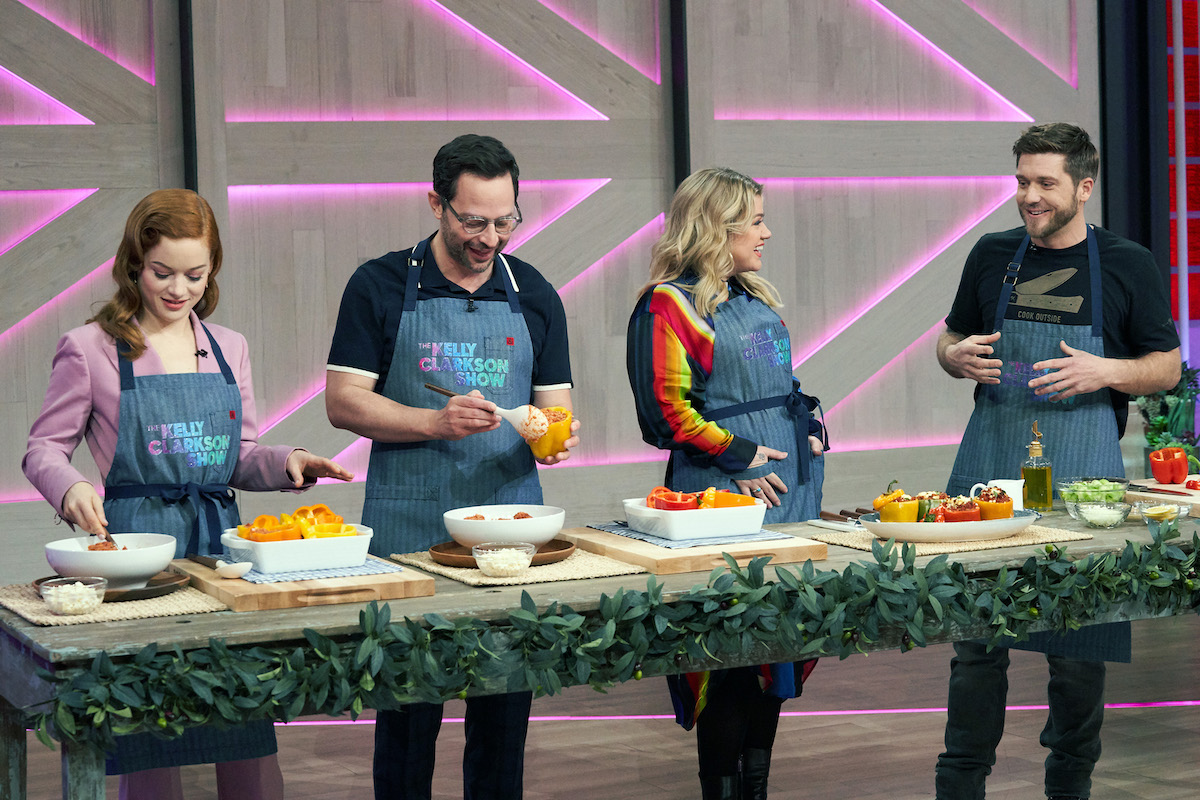 Glick was one of the 69 chefs from across the world who simultaneously made their favorite sandwiches to set the record for “the most people in an online sandwich making relay.” The group included home chefs, but also celebrity names like Bobby Flay, José Andrés, and Today’s Joy Bauer.

Chef Adam made his sandwich with a broken wing

Roker virtually visited with a slew of chefs as they shared and some took a bite of their sandwich. By the time he got to Glick, Roker noticed that Glick was at a disadvantage.

“How’d you break your arm?” Roker wondered as Glick worked while wearing a black sling. As an outdoor chef, Glick is working in Oregon’s scenic woods. His chef table was a plank of wood sitting atop a tree stump.

We did it! Going to be in the @guinnessworldrecords thanks to @alroker and @todayshow

“Oh man, I was riding a dirt bike in the Grand Canyon,” Glick said while smiling and slicing. “Having a little too much fun. Going a little too fast.” Roker joked that of course, Glick was hitting the road at a high octane speed. Glick later shared an enticing photo of his sandwich. The sandwich appeared to include smoked salmon.

“I’ll tell ya, it’s not easy with one arm you guys,” Glick says. Roker tells Glick he is impressed. “You almost look like you’re half a T-Rex,” Roker says. “You’ve got those little T-Rex arms.”

Glick jokes back. “I’m actually just quite cheap,” he replies. “I can’t actually reach all the way into my deep pockets. Bad joke, I’ll be here all week.”

Chef Adam will be cooking on land instead of at sea

Below Deck fans know Glick from the series, but he has officially retired from yachting.  “I think that the learned lessons for me, in the long run, is that after 12 years living and working on the open ocean, I’m f**king over it,” he revealed during an appearance on Watch What Happens Live with Andy Cohen in May.

Last night under the stars, panoramic views of the Milky Way. Even managed to see the comet Neowise blazing past my truck. The up close image of the comet was taken by my dad @ssglick1 with his telescope. Once in a lifetime experiences are my fave. ✨

“I’m ready to have a ranch, I’m ready to live my life on land and grow a beautiful garden,” he continued. “And do the things that I want to do, like feed people organically over a fire. And none of those things can I do on a boat.”

Glick continues to fill his Instagram with enticing photos and scenic shots from his travels throughout the Pacific Northwest. He’s continuing to live the van-life experience but recently introduced a truck into the mix too.