Below Deck Med: Aesha Scott dishes about Jack Stirrup and how the relationship really ended 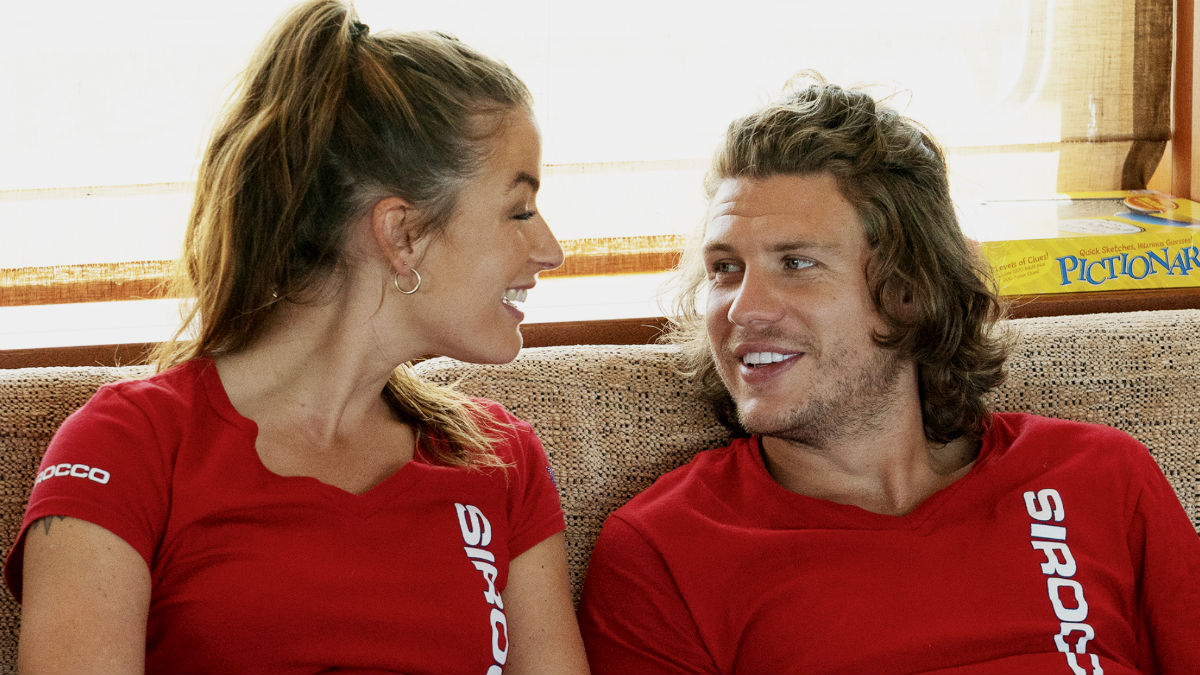 Aesha Scott is dishing about ex-boyfriend Jack Stirrup and how their relationship really ended after Below Deck Mediterranean.

The New Zealand beauty is back for a second stint on the hit Bravo show. Aesha is the new second stew on The Wellington and she is replacing Bugsy Drake, who was promoted to chief stew after Hannah Ferrier was fired.

Aesha was on Season 4 of Below Deck Med, where she bonded with Hannah and embarked on a romance with deckhand Jack. The two were hot and heavy for most of the season. However, like many showmances, the couple went their separate ways when filming ended.

On her first episode during Season 5, Aesha is opening up about Jack, their relationship, and how it really ended.

A brief Jack and Aesha history

Bravo shared a preview clip for the episode featuring Aesha’s return. She wastes no time getting the lowdown on crew romances, especially between Robert Westergaard and Jessica More.

Aesha wants the details on their burgeoning romance, asking questions like if they are sharing a cabin and how long they have been in a boatmance. The new crew member then reminisces about her time with Jack in a confessional.

Jack and Asesha felt an instant connection. They quickly went from flirty to romantic, not holding back their feelings for each other at all.

Aesha and Jack eventually became exclusive when he proposed that she be his girlfriend. They even shared a cabin before leaving the Sirocco together and preparing for a life off-camera.

Jack and Aesha’s happiness was short-lived. He was the first to spill, not long after Season 4 ended, that the couple had split.

Now, Aesha is sharing what went down. Aesha spilled during a confessional for the Bravo show that she found out Jack was back with his ex-girlfriend through the girls’ Instagram stories. Jack and Aesha’s romance quickly ended after she realized he was cheating.

They were not on the best of terms for a long time. However, the former couple has moved past their boatmance.

Aesha is madly in love with her boyfriend, Scott. She introduced him to her social media followers this summer. Fans will have to watch the Bravo show to see if Scott and Aesha were dating during her time on The Wellington.

Jack is a new father. He and girlfriend Kelly Hidge are the proud parents to son Phoenix.

Aesha Scott’s second time on Below Deck Mediterranean will be quite different from her first time. No boatmance, no Hannah, and no Anastasia should make for an interesting time for Aesha.

Below Deck Mediterranean airs Mondays at 9/8c on Bravo.