Beat the Chasers branded a ‘fix’ by ITV viewers after £50K win: ‘Are you kidding me?’ 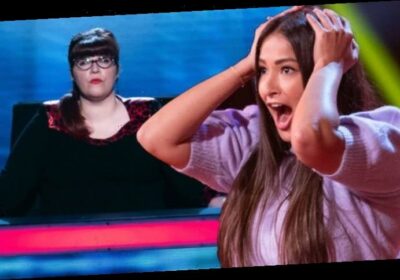 Beat the Chasers fans were not impressed with the latest instalment which saw Kat win £50,000 as she took on Jenny Ryan, Paul Sinha, Mark Labbett, Anne Hegerty and Shaun Wallace. The contestant had 60 seconds on the clock while the quizzing experts had just 40 seconds. In a dramatic final round, Kat managed to beat all five of the Chasers with 20 seconds to spare. While many viewers were impressed with Kat’s performance, others took to Twitter to brand the instalment a “fix”.

Kat, an accountant from Essex, risked it all as she took on all five of the chasers in a bid to win big so she could have the wedding of her dreams.

The contestant admitted she had not prepared for her appearance on the show as she was “so stressed”.

However it seems her approach paid off as she managed to bag a jackpot of £50,000.

Fans rushed to Twitter to slam the episode as many claimed she was given “easy questions” at the start of the final round. 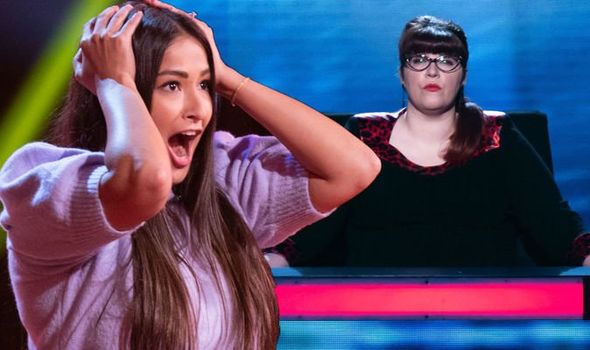 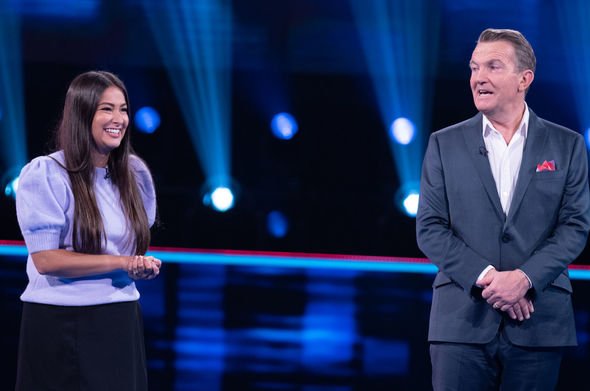 “As if that last one with Kat wasn’t rigged with those easy questions at the start so she Wins 50k,” one viewer posted on social media. “Didn’t even know what a pride of animals was… Deer.”

Another added: “Bloody load of s***e how a dumb f**k like Kat only answers 3 questions right that are easy as f**k wins 50k when others are much more worthy, intelligent that should win.”

“#beatthechasers Are you kidding me? Complete duffer wins £50k. Biggest rigged show ever. Bradley ‘You are brilliant’. Get a grip,” a third raged.

Someone else posted: “This show would be more entertaining if it wasn’t so rigged. #BeatTheChasers.” 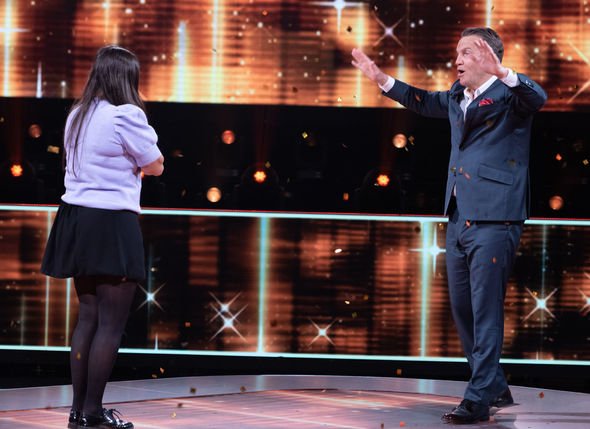 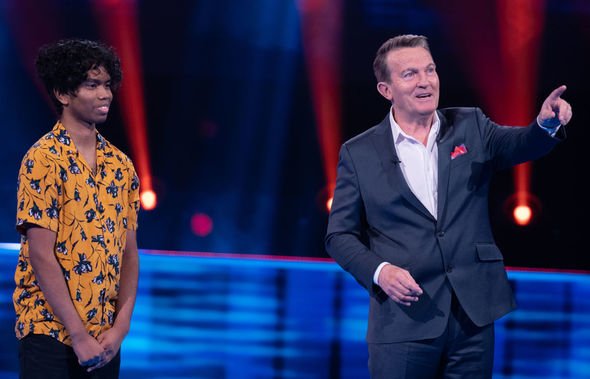 However, Kat also received plenty of support from ITV viewers with one commenting: “@ITVChase I absolutely loved #BeatTheChasers tonight!

“I was so impressed with Kat at the end, she was brilliant, it was so lovely of Bradley to give her his handkerchief.”

Another added: “Yaaassss Kat! Well done, so deserved. #BeatTheChasers @MarkLabbett messed it up but fair play for apologising, especially to @TheShaunWallace.”

Speaking after her appearance, Kat told Mail Online: “When it came to it, I just decided to relax.

“At home spa days and chilling… but it came around so quickly. All of a sudden it was the day!”

She added she hoped the Chasers would trip up or give a wrong answer before their fellow quizzers could stop them.

“The only thing I’ve got on my side is if you are against more, they might trip each other up, or the wrong person answers, which works to your advantage,” Kat told the publication.

“Also, I needed to win enough to pay for a wedding. So, I knew I was always going to go against at least four.

“When the offers came I thought I might as well go for it. You’re only going to be there once, aren’t you?”

Meanwhile, viewers were devastated as they watched player Rahim lose out on £100,000 on Sunday night’s episode.

He too took on all five chasers but despite his knowledge, he failed to take home a big money prize.

However, all was not lost as Rahim told host Bradley Walsh: “I’m not losing anything and I got to meet you.”

Beat the Chasers airs nightly on ITV at 9pm.