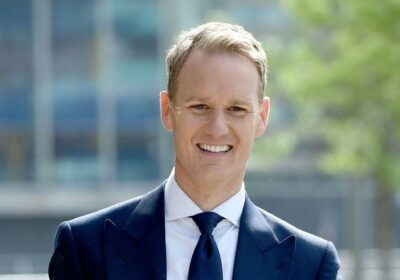 BBC Breakfast bosses are said to be lining up a GB News presenter to permanently replace Dan Walker.

It comes after Dan quit the show back in May for a job at rival network Channel 5, with him set to begin his run at the channel on Monday (June 6) with its flagship news show.

He is the second major star to leave BBC Breakfast in a matter of months, following his co-star Louise Minchin’s exit last year.

Since Dan left, temporary presenter Jon Kay has stepped up to the plate to fill his seat alongside Sally Nugent, with Naga Munchetty and Charlie Stayt keeping their regular presenting slots later in the week.

A BBC source has now confirmed to Daily Star that Jon Kay looks set to permanently replace Dan – but there are some other big names in the pot too, including GB News star Stephen Dixon.

They said: “Jon Kay is very popular in the newsroom, but the process to replace Dan is still ongoing with a few weeks left apparently.

“They definitely haven’t done the interviews yet. There has been a huge number of applicants obviously because it was advertised externally.”

The source added: “They are very much after a ‘news’ person so names like Jermaine Jenas and Gethin [Jones] are out apparently.”

Daily Star has contacted a representative for BBC for comment.

A list of potential names “included internal people like Jon Kay [and] Ben Thompson, and other names like Gamal Fahnbulleh from ITV Granada, Sean Fletcher from GMB, Julian Druker from Channel 5 News and Stephen Dixon from GB News,” the source added.

It comes after odds placed Jon at the top of the list to replace Dan, with Alex Apati of Ladbrokes confirming to us: “It's looking increasingly likely that BBC chiefs have found Dan Walker's replacement, and he's no stranger to the Breakfast family, with Jon Kay pulling away from the chasing pack.

“Gethin Jones was favourite to get the gig once upon a time but has seen his odds drift over the last few days, and it now looks as though it's Kay's role if he wants it."

Meanwhile, Dan is preparing to make his Channel 5 debut after being ejected from the set on a visit.

But Dan sparked security concerns as he attempted to send an email, admitting he then received a response from their internal back office to flag his account as a “security risk”.

The Strictly star said of his visit: “Hello, first few days in the new job and it's quite nice here, they're all lovely, I've had a look around the studio, met everybody in the office and found out where the toilet is.

"So once that's been sorted, I'll be allowed to send emails from my new account as well."