'Barefoot Contessa': Ina Garten's Secret to Making Any Salad So Much Better 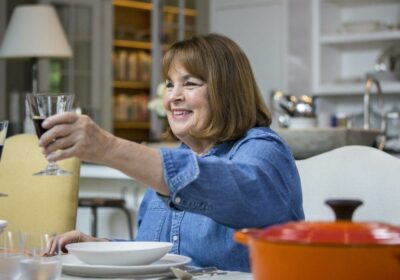 Barefoot Contessa star Ina Garten has plenty of tips and tricks for creating easy meals. Garten taught herself how to cook using Julia Child’s cookbooks, and she’s since taken that skill and expanded it into a food empire.

Garten loves shortcuts when possible, but she also has ideas for how to get the most flavor by taking a small extra step — and that applies to her easy trick to nailing the perfect salad.

When Ina Garten was young, she wasn’t allowed to cook with her mother; her parents wanted her to focus on her studies. Growing up, Garten didn’t picture herself in the role of celebrity chef. However, one thing led to another, and the universe eventually put her there.

Garten married her husband, Jeffrey Garten, in 1968. The two were living in Washington D.C., where Garten took a job at the White House. However, she was unfulfilled in her career, and a listing for a small specialty foods store for sale in East Hampton, New York, caught her attention. Garten and her husband went to check it out and purchased it on a whim in 1978. Garten ran the store for 18 years, gaining even more cooking experience, before closing it in 1996 to focus on other ventures. She published her first cookbook in 1999, and Food Network came calling shortly after. In 2003, Garten’s first episode of Barefoot Contessa premiered, and the rest is history.

To Ina Garten, a salad is all about its dressing

Garten loves preparing easy meals that not only taste delicious but are also quick and simple enough for her audience to make. Preparing a salad is an easy enough task, but some are intimidated by the thought of making their own dressing. However, Garten recommends simply preparing it in a measuring cup to make things easier. And she has an even better tip for getting the most flavor.

To Garten, a salad is all about the dressing. And to make the most of that vinaigrette, Garten recommends keeping your citrus at room temperature. According to the Kitchn, Garten leaves her citrus at room temperature in order to get the juice warm — it creates more juice and ultimately more flavor for that salad dressing. Plus, she recommends only adding zest from a whole citrus, never one that’s already been cut.

Some people shy away from salad dressing because they’re unfamiliar with what it takes to put one together. Creating that perfect emulsion seems complex, but it’s actually easier than anyone would have thought.

Simply combine all ingredients in a bowl (or a measuring cup, for easy measurement) and whisk together. Pour over salad greens and serve.