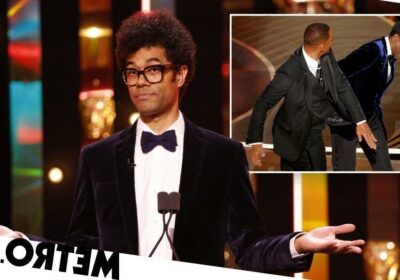 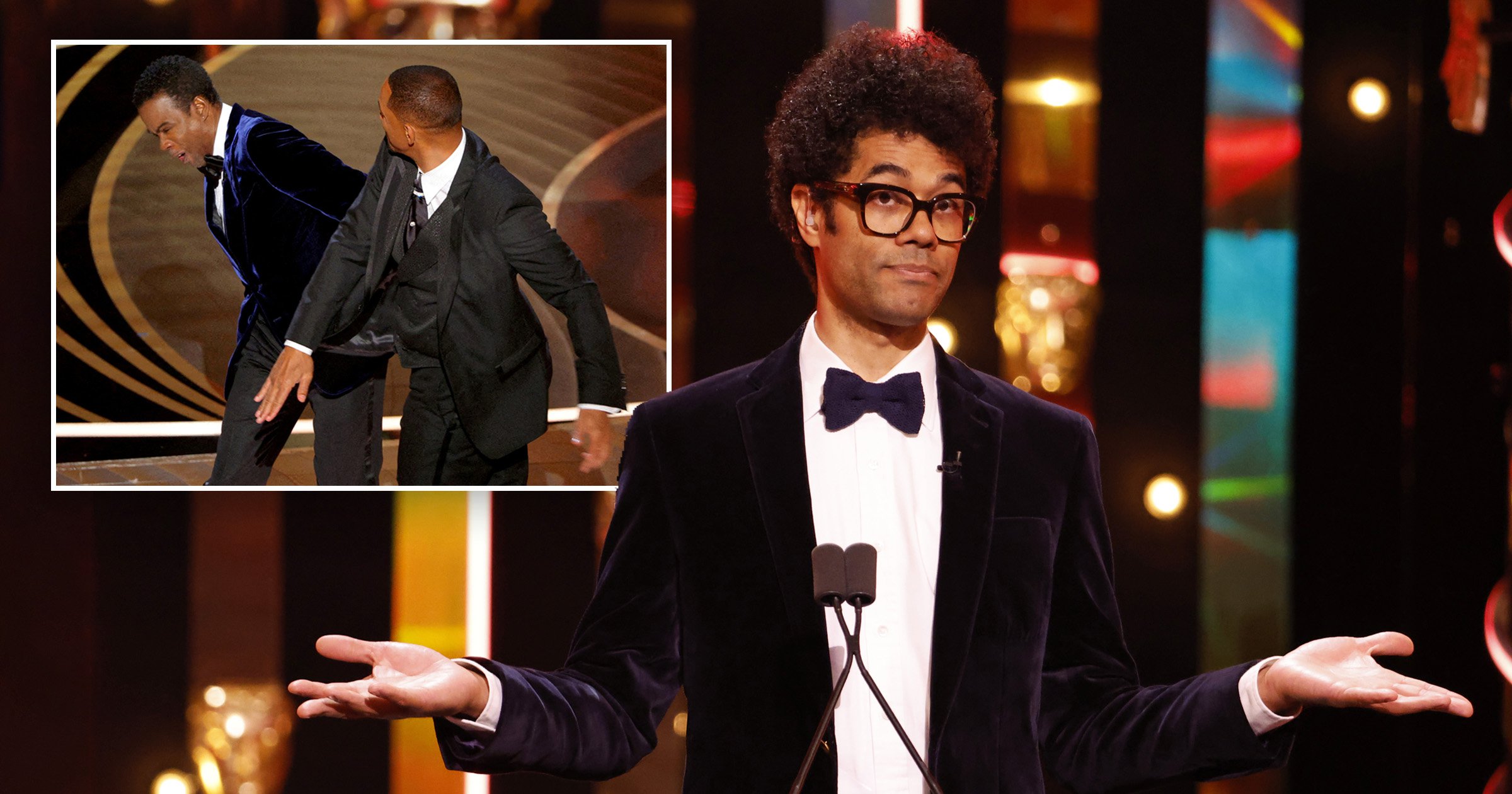 Richard Ayoade has become the latest awards show host to take a swipe at Will Smith’s Oscars slap.

In case you’ve been avoiding social media for the past month, the Men in Black actor shocked the world last month when he slapped comedian Chris Rock at the Academy Awards, following a joke about his wife Jada Pinkett-Smith.

Taking to the stage to open the 2022 Baftas with a savage monologue, Richard wasn’t afraid to make reference to what became one of the most controversial moments in Oscars history.

With the ceremony celebrating its 75th year, he said: ‘In 1955 there were only six categories, there was barely enough time to get up from your seat and slap someone before the whole ceremony would be over.’

The audience erupted into laughter following the cheeky quip, before Richard went on to roast the nominees and even mock himself.

‘But do not worry your overly-filmed heads, I’m not going to use your faces as punchlines or punchbags – you’ve suffered enough. No one works harder than us, apart from people in other professions,’ he said.

Following a scathing yet hilarious opening speech, Richard handed over to Olivi Colman, who presented the first award of the night to Anthony McPartlin and Declan Donnelly for Ant & Dec’s Saturday Night Takeaway.

The Geordie duo won the trophy for their 2021 series of the hit entertainment show, which was filmed without a studio audience due to Covid-19 restrictions.

Ant and Dec accepted their Bafta with grace and excitement, with awards for Channel 4’s Help, Gogglebox, The Chase, Time, and Coronation Street following.

As for Fresh Prince star Will, he’s been keeping a relatively low profile following Slap Gate, but was banned from Academy events for 10 years.

He apologised for the outburst, in which he yelled at Chris to ‘keep my wife’s name out your f***ing mouth’, following a jibe about her short hair, since Jada has alopecia.

‘I am embarrassed and my actions were not indicative of the man I want to be,’ he said.

‘There is no place for violence in a world of love and kindness…I am a work in progress.’

News Coverage: ITV News at 10, Storming of The Capitol

Single Documentary: My Child My Country

Drama Series: In My Skin