Away on Netflix: What is CCM disease? Matt Logan’s condition explained Away has just landed on Netflix and the series follows Hilary Swank as NASA astronaut Emma Green. She formed a relationship with NASA engineer Matt Logan (played by Josh Charles), and they had a child together called Lex (Talitha Bateman).Matt suffers from CCM in the series and fans are keen to find out more about the condition.

What is CCM disease?

WARNING: This article contains spoilers from Away on Netflix

Fans learn early on how Matt suffers from the genetic condition CCM, which stands for cerebral cavernous malformation.

Even though he has lived with the condition for a long time, it rarely prevents him from throwing himself into his work at NASA.

However, shortly after Emma heads off on her three-year mission to Mars, he suffers a kind of stroke which leaves him paralysed from the waist down.

He spends most of the series recovering at a rehab centre, and his teenage daughter Lex feels it is her responsibility to look after him.

Towards the end of the series, Lex explained how she wanted to find out if she was a carrier of the same gene, and thankfully hospital tests revealed she was not. 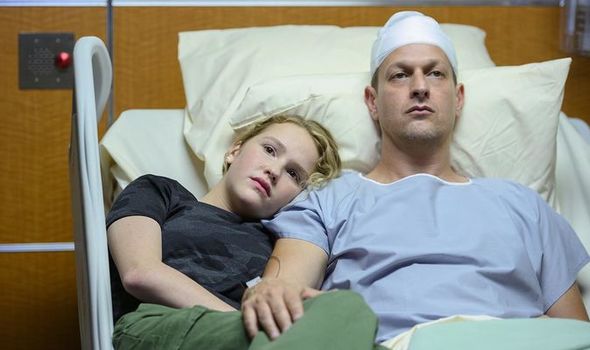 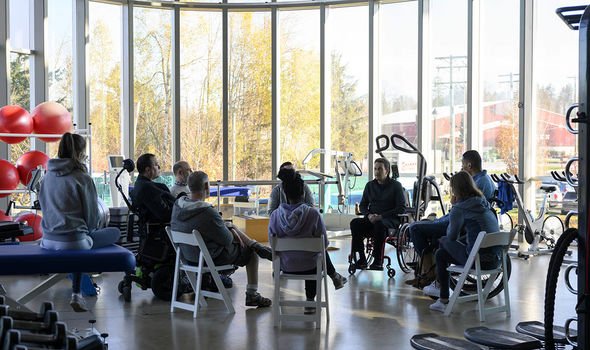 A cavernoma is a cluster of abnormal blood vessels which are found in the brain and spinal cord.

They are sometimes known as cerebral cavernous malformation, or CCM, which is the term used throughout the series.

The latter is what Matt suffers when he is preparing food with Lex, and he was unresponsive.

After waking up in the hospital he starts a rehabilitation process, but he is told he may never walk again. 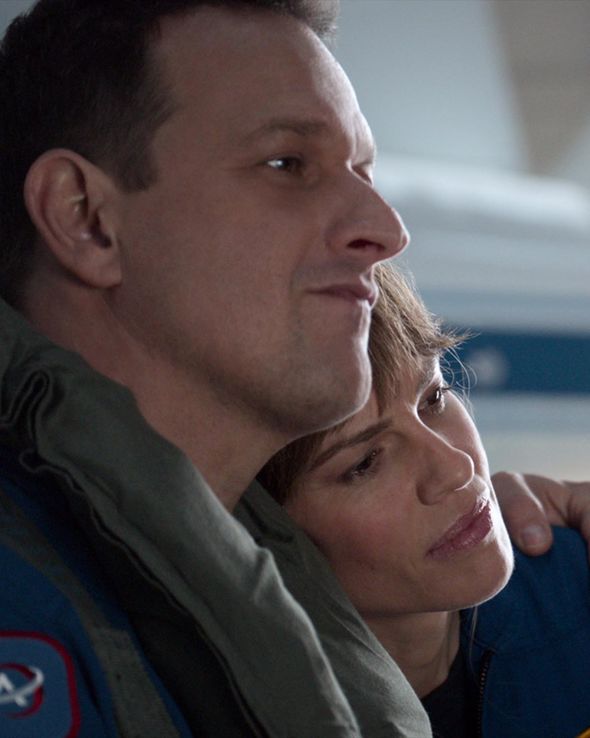 There is no clear reason as to why someone develops this condition, but it can sometimes run in the family.

Although the family link is one of the main themes in the series, less than 50 percent of cases are believed to be genetic.

In the UK it is believed around one in ever 600 people has a cavernoma which does not cause symptoms.

Every year, around one in every 400,000 is diagnosed with a cavernoma which has caused symptoms.

Most people tend to develop symptoms by the time they reach their 30s, which is when Matt’s symptoms really started to show. 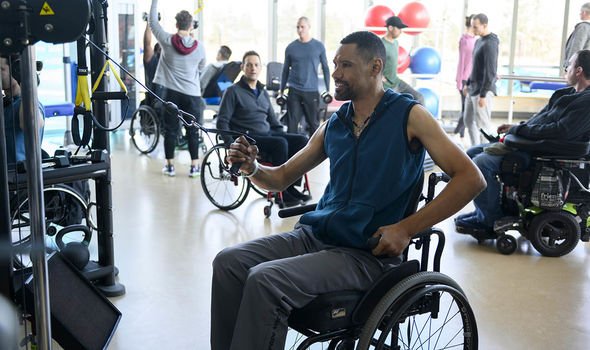 After hearing of Matt’s stroke, Emma was forced to choose between her job and her family as she wanted to be there to support them.

However, from his hospital bed, Matt encouraged her to pursue her dream and continue with the trip to Mars.

For most of the series, his fate was left hanging in the balance, but by the end he was able to push himself in a wheelchair around his home, which had been adapted to cater for his needs.

He was even able to help come up with a solution for Emma and her crew to locate extra water on the ship after their water system broke.

Matt and Lex both attended the NASA space station to watch the crew land on Mars successfully.

In the final episode, Lex asked her father to take her to the hospital so she could be tested for CCM.

Up until then, it had not really played on her mind, but the more she saw it impacting her father, the more concerned she became.

She continued to sacrifice her studies and social life in order to take care of her father, convinced she was going to lose him.

Emma was overjoyed to receive a message from Lex saying that she was not a carrier of the CCM gene.

Fans could not help but feel emotional when they discovered she would not suffer the same fate as her dad, and she could continue supporting him.

Away is on Netflix now