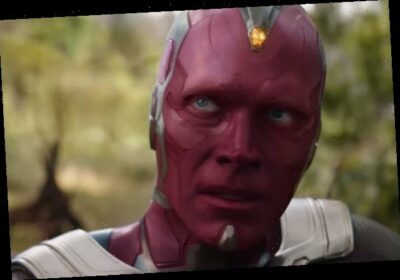 “At one point I was going to be in a tag, where you opened a sort of body bag drawer and there was the Vision,” Bettany tells his “WandaVision” co-star Elizabeth Olsen 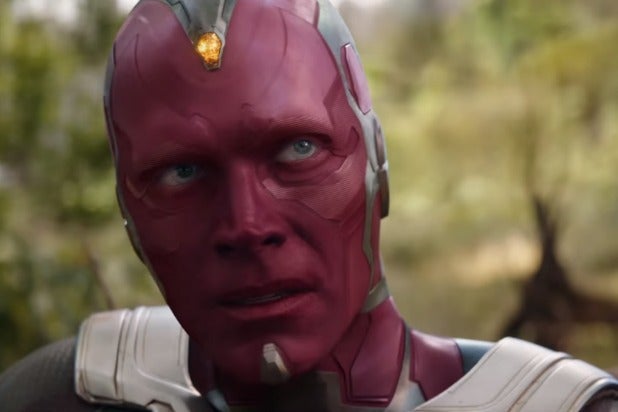 “Avengers: Endgame” almost had a post-credits scene that would have set up what became Disney+’s “WandaVision,” according to “The Vision” actor Paul Bettany.

“At one point I was going to be in a tag, where you opened a sort of body bag drawer and there was the Vision,” Bettany told his “Wandavision” co-star Elizabeth Olsen in an “Ask Each Other Anything” video by IMDb. “(Marvel Studios chief Kevin Feige) kind of talked to me and said, ‘I’ve got to pull the shots.’ I was like, ‘Ugh!’ Because I really wanted that profit participation.”

Bettany also goes on to explain that he thought Feige was going to fire him when he was summoned to his office. “And when the boss calls you up and your contract’s over and he’s called you into the office, you kind of know exactly what that’s about. And I thought I was gonna get kicked off the case,” Bettany added.

Bettany was a good sport about it, though, and didn’t realize he got called into the meeting to get pitched the “WandaVision” show.

For Feige, “WandaVision” enables him to scratch a particular itch that the 24-film “Infinity Saga” has been unable to accomplish: episodic television. “Everything that influenced me as a child and as a fan and as a viewer is what has gone into everything I’ve worked on,” Feige said. “One segment of that, that I wasn’t able to, was an obsession with TV, with episodic television, and with sitcoms as a kid.”

Olsen’s Wanda Maximoff debuted in “Avengers: Age of Ultron,” as did Bettany’s Vision (though Bettany has been with the MCU since its beginning, providing the voice to Tony Stark’s A.I., J.A.R.V.I.S.). Despite the two’s weird-but-cute romance playing out in much more detail in the comics, their storyline was often relegated to the background except when they were needed to provide an emotional gut-punch. “Wanda and Vision are a very unique couple who’ve gone through more trauma and changes than any characters in our films,” Feige recently told TheWrap’s Tim Baysinger.

That’s why, when Feige was trying to figure out where the MCU would go after “Avengers: Endgame,” he couldn’t help but stare at some of the pair’s classic comic covers that depicted their stormy relationship. “Those were on my desk for a long time, as I was thinking about what was next,” he explained, adding that he often watched TV as a “comforting” factor while he was finishing the emotionally-heavy “Infinity War” and “Endgame.”