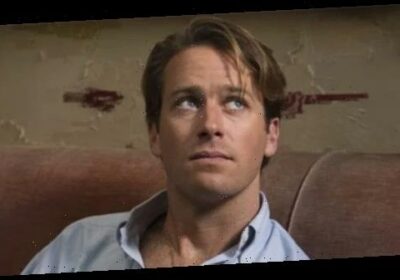 A few weeks ago, Armie Hammer left the action comedy Shotgun Wedding, in which he was set to star in with Jennifer Lopez. Now The Social Network and Man from UNCLE star is departing yet another high profile project.

Armie Hammer will no longer be starring in The Offer, a new series coming to the soon-to-be launched Paramount+ that will chronicle the making of Francis Ford Coppola’s classic mob drama The Godfather. Apparently this was an offer he was able to refuse.

Hammer was previously set to lead The Offer as producer Al Ruddy, who worked to get The Godfather in front of cameras. But Variety reports that he will no longer be starring in the series, and if you’ve been paying attention on the internet lately, then you probably already know why he’s dropping out of these projects.

A recent scandal has erupted around Hammer after direct messages from Instagram that were supposedly sent by the actor went viral on social media. The messages, which have not been verified as authentic, contained graphic, odd sexual fantasies, one even going so far as to mention cannibalism and drinking blood being a turn-on for the actor. Hammer has called the accusations “vicious and spurious online attacks,” and he released this statement when he dropped out of Shotgun Wedding:

“I’m not responding to these bullshit claims, but in light of the vicious and spurious online attacks against me, I cannot in good conscience now leave my children for 4 months to shoot a film in the Dominican Republic. Lionsgate is supporting me in this, and I’m grateful to them for that.”

Presumably, this fallout is also what led him to drop out of The Offer, and now Paramount+ is on the hunt for a new leading man to take the role. A representative for the production said, “Armie has requested to step away from the film and we support him in his decision.” What other leading man could step into the shoes of Al Ruddy? What if Hammer’s Man from UNCLE co-star Henry Cavill took the role? He’s probably too busy, but they do have the same disposition and chiseled features.

Will this impact any other projects in Armie Hammer’s future? He’s currently slated to star in The Billion Dollar Spy with Mads Mikkelsen and likely the Call Me By Your Name sequel Find Me. Perhaps by the time those movies come around, this scandal will have fizzled out. Or maybe this is the beginning of the end of his career.