Home » TV & Movies » Are Javen And Shari From Temptation Island Still Together?

Are Javen And Shari From Temptation Island Still Together? 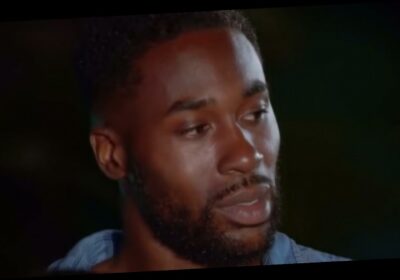 Javen Butler and Shari Ligons came onto Temptation Island Season 1 after almost a decade together and more trust issues than one could count. Given some past infidelities, Javen was there to prove to Shari that he could be faithful and Shari wanted to learn how to open up around men, given that she reportedly has never had guy friends. And it worked. Although Javen was tempted a couple of times, he remained steadfast in his promise to Shari and she really did have some fun on the island and learned about herself. So much so, that fans at the time wondered whether she would want to stay with Javen or not.

She did, however, leave the show with Javen. And with a huge diamond on her hand to mark their televised engagement, which boded well for the couple’s future. But since then, things haven’t been so simple and it seems like Javen and Shari just can’t agree on their relationship status.

Javen accused Shari of cheating on him

Javen and Shari left Temptation Island together, but trouble was soon afoot. In 2019, one of the single guys from their season, Justin Sturm, claimed that he and Shari hooked up during their time on the show, though it was never caught on camera or even aired, so it’s totally unconfirmed. Javen seemed to confirm the rumor when he commented on a tweet Shari shared, saying, “you cheated on me.” Shari later shared on her Instagram Story that she had been going through a lot of pain and added, “I am no longer taking verbal, emotional, or psychological abuse from someone that’s supposed to ‘love’ me.” Shari then advised her followers to not stay in a relationship “just because someone guilts you into it. It’s not worth the headache and your sanity.”

Javen responded to her Insta Story, writing, “I am not perfect, I am sorry that you have been feeling like this. I love you, but I am not holding you here by force. You are smart, strong, and confident. I trust that you learned from your mistakes, but some things take time and don’t just go away for some people. I am here for you, Shari.” But that’s not the end of their story.

Although they seemingly went through a rough patch, as of March 2021, it does seem like Shari and Javen are back together. Their Instagram posts are not very telling about how they spend their time together, but they do share a YouTube channel on which they post videos together. (If that’s not commitment, what is?) In their videos, they review hotels that they have stayed at and film birthday getaways. They even posted a 20 minute reaction to the second episode of the current season of Temptation Island, though they only did that once, which is a shame. Because if anyone knows how hard the experience is, it’s these two.

They still have not set a wedding date, but that’s likely for the best as they work through their issues and move on from the cheating rumors and even their time on the show, which undoubtedly affected their relationship. Let’s hope these two lovebirds make it.