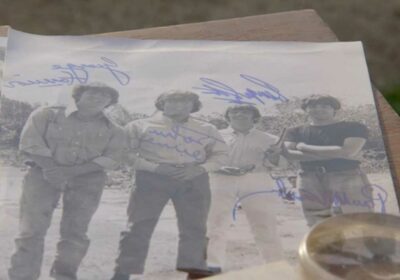 TWO sisters were left disappointed on Antiques Roadshow after discovering one of the prized signed photos of The Beatles was actually a fake.

The pair appeared on the BBC valuation show with their impressive collection of sought-after Hollywood autographs, mainly obtained by their father who worked as a stunt man. 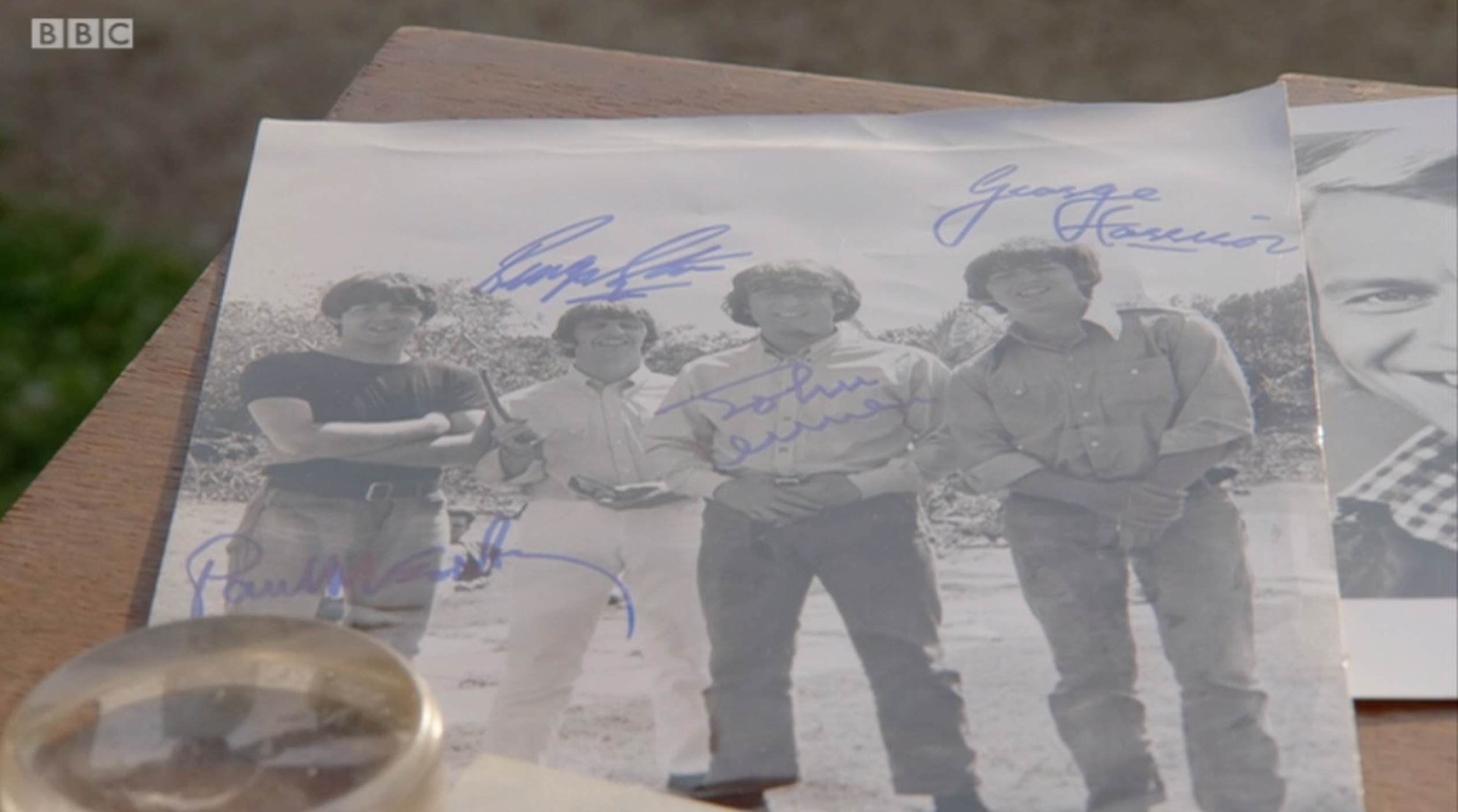 Among the group was a number of notes from The Beatles during their heyday, with signatures from John Lennon, Paul McCartney, Ringo Starr and George Harrison appearing in an autograph book, a scrap of paper, and a signed photograph.

However, after holding onto them for so long, valuer John Foster broke the news to the sisters that one of the items was most likely a fake, written by one of the Beatles' team due to the high demand.

Pointing at a signed photograph of the Liverpool foursome, John explained: "The Beatles thing is one that just endures, and it seems to go on and on and on…

"There is a problem, and that's why I asked you about provenance with these, because if you compare these three [groups of signatures], the three ways you've got, they're all different. 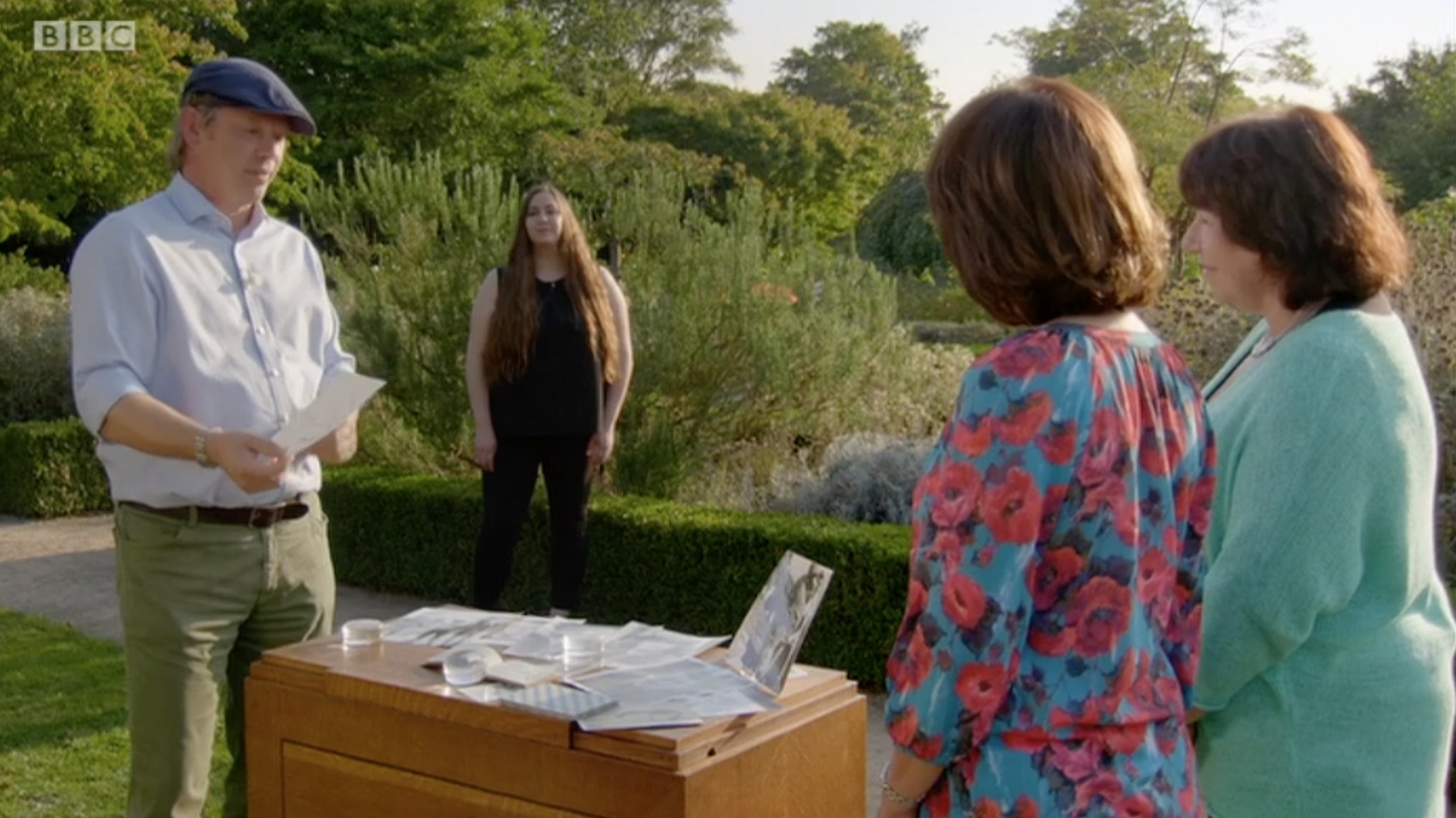 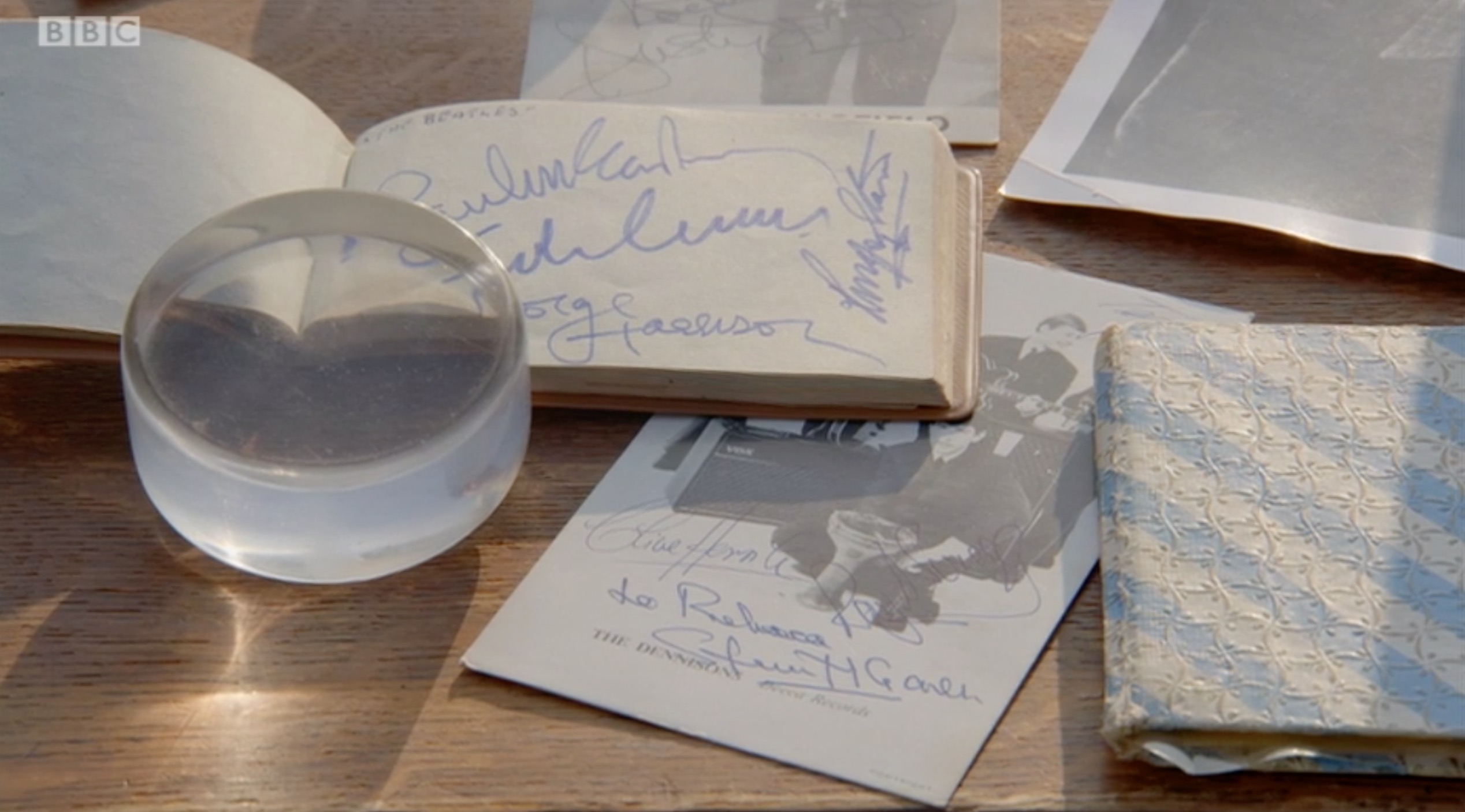 "Now there was a huge problem because beetle signatures were in massive demand, so they would get secretaries to sign, they would have managers, anyone sign."

"This one to me doesn't look right. That's why you'll see a stiffness in the signatures," he explained, comparing the photograph to the autograph book.

"These are much more flowing, that you look at the way they tail off, Ringo style is always classic. This one, Ringo Starr – stiff." 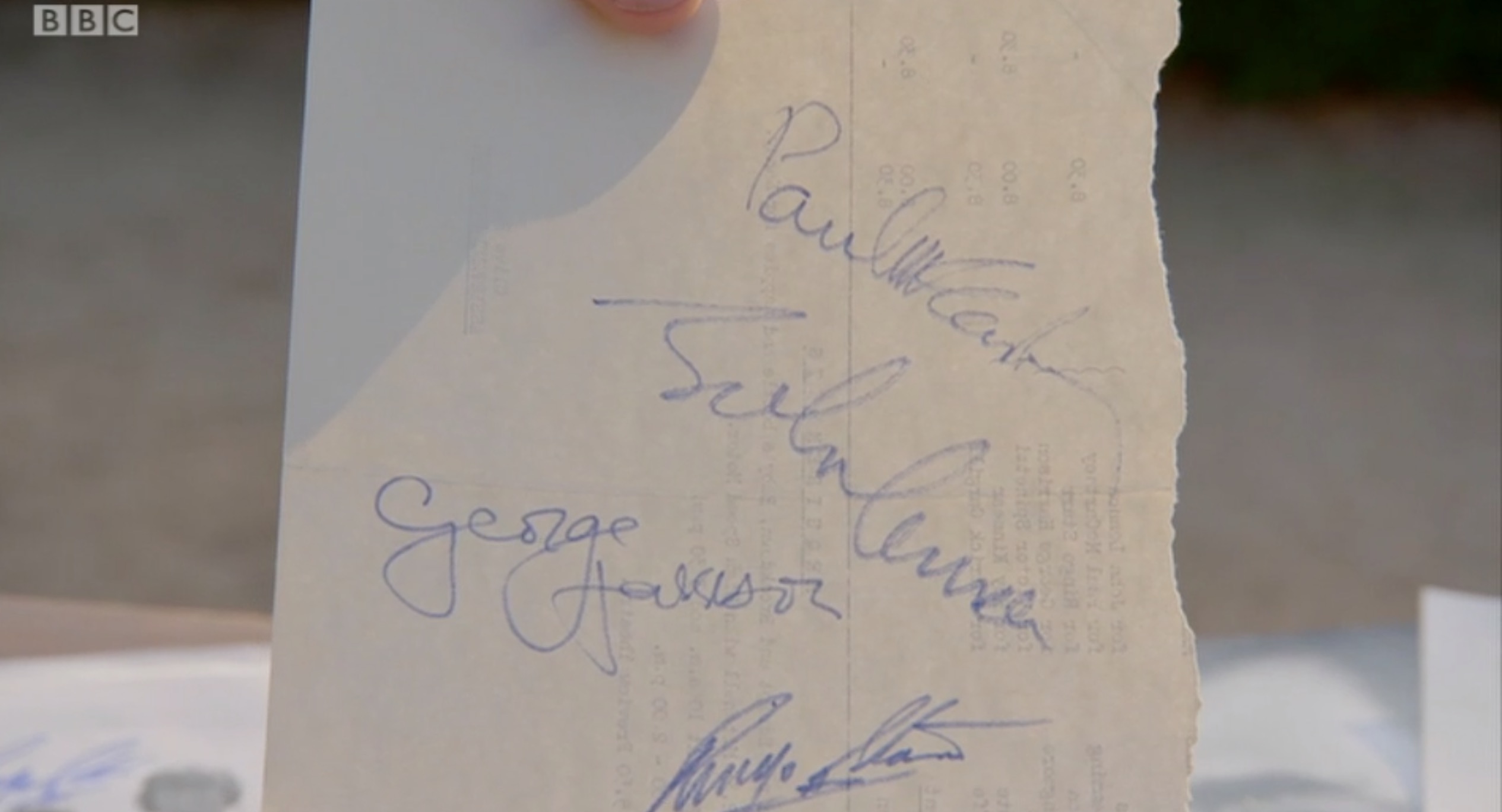 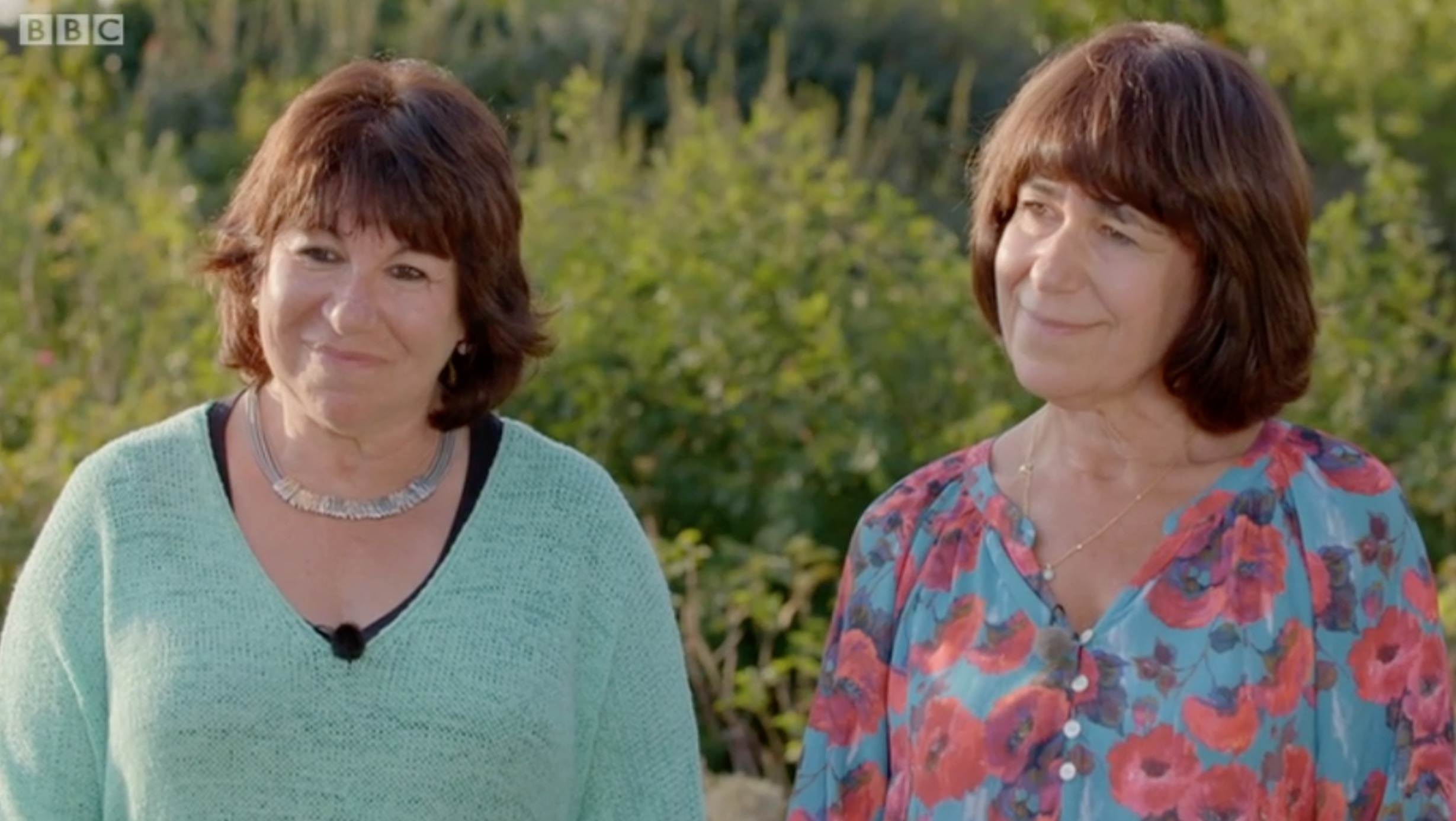 However, while the photograph was lost in value – a scrap of paper containing the Fab Four's scrawl actually proved to be a massive part of film history.

It turns out the piece of paper was the back of a call sheet from their film, Help – making it shoot up in value to a "couple of thousand".

Overall, their collection was worth an estimated £5000.

So all was not lost after all.

Antiques Roadshow airs Sundays at 7pm on BBC One.