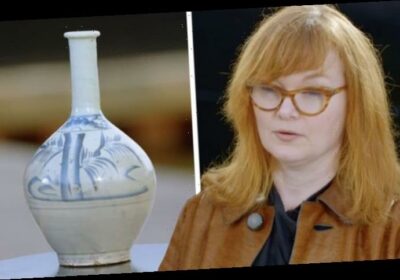 Last weekend, Fiona Bruce and the Antiques Roadshow team were at Windermere Jetty Museum in the Lake District. Lars Tharp was amongst the experts on hand to value a selection of items that had been brought along by members of the public who lived nearby. He had the opportunity to take a look at a “modest little pot” that dated back to the 17th century. And when it came to valuing the item, the owner was stunned to be told how much the price had inflamed in comparison to what she had initially paid for it.

Lars began: “A very modest little pot. Very grey, slightly dirty, slightly wonky, decoration reserved only onto one side. Where did you get it?”

“We got it in a town in the south of Japan a couple of years ago. In a junk shop!” The lady explained.

“And why did you buy it?” Lars continued to question. The guest replied: “We loved all those things you just described about it.”

“All the imperfections!” He laughed. Those watching at home saw the lady add: “It was buried amongst a lot of tat, but it stuck out, it was just a bit more delicate and wonky – yes, wonk 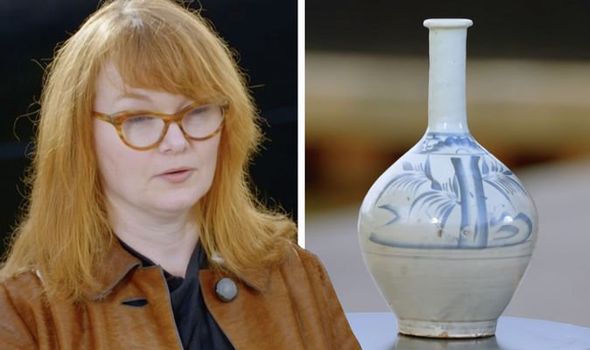 “Do you use it for anything?” Lars asked and she said: “We just have it amongst a bigger pottery collection on a shelf – we admire it for its contrast among more modern pieces.”

“You know what the original purpose was?” He continued and the guest said she “didn’t know”.

“Drink!” Lars remarked. “Sake possibly. You bought it in Japan, it could be Japanese, it could be Korean. There is a link between the two – do you know what it is?”

“I know in the south of Japan there was – or even there still is – a Korean contingent of potters working there and there has been for a couple of hundred years as I understand it,” BBC One viewers saw the guest say. 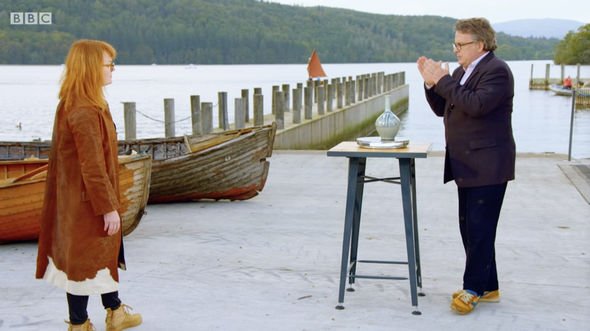 “The decoration is done rapidly, you’ve got this lovely stem – I think of a very stylised bamboo – and then these little florets around the shoulder. How old do you think it is?”

“I thought it was maybe 150 years old,” she said and Lars detailed: “So that would take us into the middle of the 19th century.

“I think we’ve got to go back a bit further, this particular shape suggests a European glass bottle shape of the 1600s. 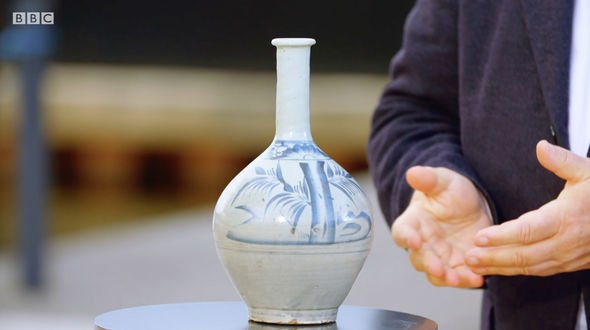 As for how much she paid for the bottle, the lady revealed: “We paid about £5 for it.”

“£5 for a 17th centre wine bottle…” Lars repeated. After some silence he said: “These particular Japanese and Korean pieces have gone like that on the scale.

“But I think a Japanese porcelain collector would probably be prepared to pay up to £500. So we can put two noughts on your purchase price.

“And perhaps you should try it out to see if it works!” He added.

The lady concluded: “Yes, get some sake in it and have it with the next Japanese dinner we cook!”

Elsewhere, in the same episode, a family heirloom – a replica shield – was valued and despite it being fake, it fetched a huge sum.

Antiques Roadshow airs Sunday night at 8pm on BBC One.