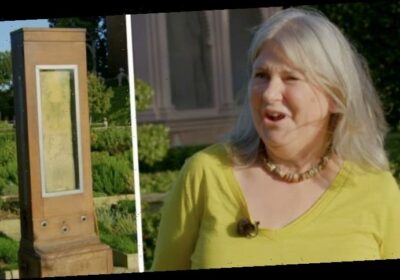 Antiques Roadshow: Expert values old golf game at up to £10,000

Antiques Roadshow is asking viewers up and down the country to dig through the contents of their attics and have a look in their storage boxes for any treasures they think are worthy of a couple of thousand pounds. When the show visited Kenilworth Castle in the Midlands, expert Gordon Foster had the pleasure of taking a looking at a computer/golf game. And when it came to valuing the item, the owner was shocked to hear it could fetch £10,000 at auction.

“This has created, I can tell you, a great deal of interest among my fellow specialists today,” Gordon Foster began. “They’ve just never seen anything like it!”

As for what the item was: “It’s an early computer and it’s a golf game – it’s fantastic! I absolutely love it.

“Basically, how it works I’m sure you know, you would whack a golf ball attached to a piece of string and it would record the direction of the shot by a hook to the left or slice to the right, the elevation of the shot – so how high or low it went – and of course, the distance of the shot.

“The distance is recorded on this scale at the side here – these are in yards – on the actual map are golf holes,” he continued. 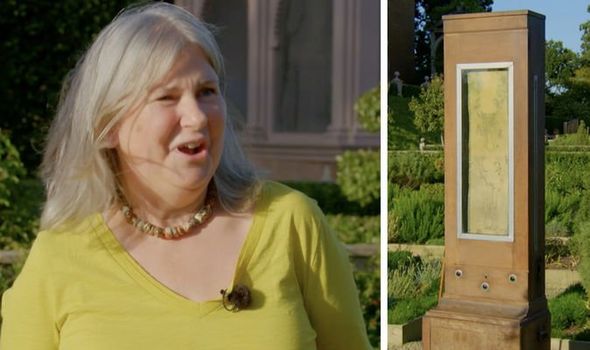 “The golfer, just like he would do on a normal golf course with a real shot with a flat and a target would then select the right club for that distance and again, that would be recorded on here.

“At the end of the hole you would then wind it manually onto the next hole and they actually issued 12 different golf courses – all famous British golf courses like St. Andrews, so you could actually imagine you were playing these courses.

“Now, do you have the aiming target piece?” Gordon asked the owner.

She said: “No. Unfortunately, I don’t, I have to admit I chopped it up as a child and used it as a fishing net.” 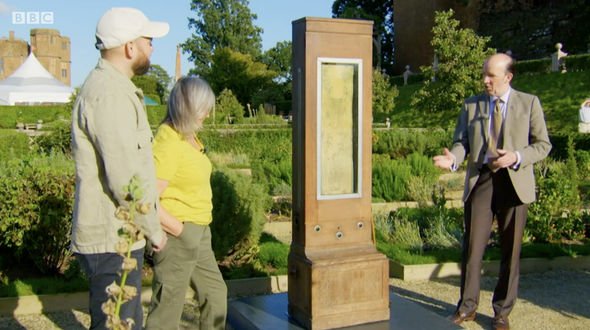 “Still sporting – in a way! What about the machine, have you seen it working?” The expert added.

She explained: “Yes, my dad was an electronics engineer and he used to buy old bits of ‘toot’ as he called them and he bought this home one day and got it going.”

“How long ago was that roughly?” Gordon asked and she revealed “1965”.

“Any idea what it cost him then?” He questioned and the guest said: “No, but it wouldn’t have been much, it wasn’t particularly working and it wasn’t fashionable at the time.” 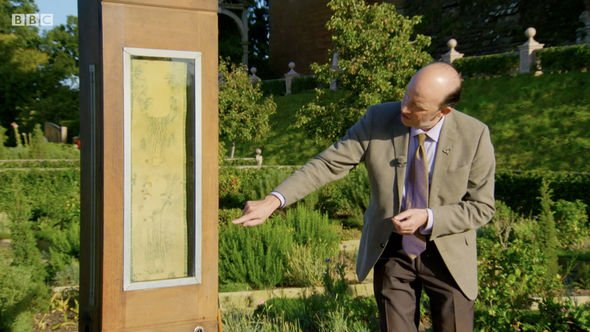 “Let’s talk more about it; the spotlight golf company was made in 1936, so it gives you an idea of how far back we’re going,” Gordon explained.

“They marketed it very strongly; they had an advertising campaign in the press, they actually got the British Open Champion that year to endorse it. I think the one drawback that it was quite highly priced, it was 62 guineas back that.”

“So, okay it was 1936, social aspects of golf were very strong, it was booming, all sorts of people wanted to play golf, but then came along the Second World War and I think that maybe ended the interest of it.

“When we come to the valuation now, it’s slightly tricky, the only ones I’ve found are in museums.

“There’s one in the Golf Museum in St. Andrews and there’s two actually in a museum in Tasmania.

Antiques Roadshow airs Sunday evenings at 8pm on BBC One.