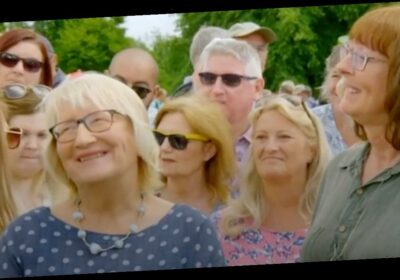 A woman was left speechless when she learned her painting's value had increased almost 4,000 times its original price.

The guest brought an early 19th century maritime painting to Antiques Roadshow and explained that she inherited it from her father, a Dutchman who came over to the UK during the war.

Expert John Foster recognised the painter and asked how the guest's father came to acquire the artwork.

She said on the BBC programme: "In the 50s he was managing a restaurant in a very old building and decided that coffee bars were all the fashion and he thought he would create a coffee bar with a nautical theme. "So he filled it with barrels and atlases and ships lanterns and then he went looking for a painting and found a dealer who sold it to him for 30 shillings.

"He got it home and found that it was called the Flying Dutchman which was the name of the coffee bar."

John was fascinated by the details of the sailors on the painting when he looked at it closely.

He then explained more about the artist, Claude TS Moore, and said he was most known for his maritime scenes because "he did such a good job of them". Stating that he didn't know how much 30 shillings would be in today's currency, the guest said it's about £1.50.

"Somebody looked at it a couple of years ago, he said it was out of fashion now and the prices had plummeted and he wasn’t interested in it," she added.

John then gave his verdict, explaining: "The thing is all that he’s saying 'out of fashion…condition issues'. I disagree with all of that.

“I think it’s very in fashion – just because it’s so cool. That’s what I love about it.

The guest was unsurprisingly shocked and remarked: "That's pretty good."