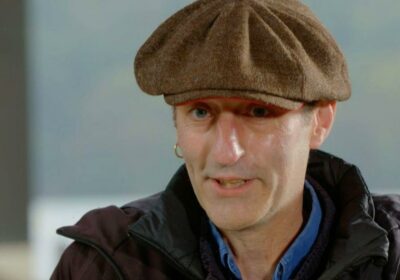 An Antiques Roadshow guest was stunned when an expert valued two library books at a value of £30,000.

The man, who works as a curator at the Hawkshead Grammar School in Cumbria, went on the BBC One show and brought in two old schoolbooks.

One was signed by famous poet William Wordsworth, who attended the school during his formative years.

Expert Justin Croft first looked at a printed edition of The Canterbury Tales – written by Geoffrey Chaucer some 300 years ago.

He said: "This is an edition of the 15th century, from 1561, printed in London, gorgeous black letter text, really conjuring up the Middle Ages for us.

"There is an inscription in the book which actually situates it in the library very early on. This book was given the fifth day of March 1676.

"It's a great edition of one of the first works of English literature, so it's an important book in its own right."

Justin then picked up a "humble" little schoolbook, adding: "The spine's off, it's in its original boards.

"But there is the name William Wordsworth, presumably inscribed in his own hand."

The curator explained that the schoolbooks were written regularly by the schoolchildren.

"If the teachers weren't looking, they had the quills and their ink," he added.

"And just like anybody else, you'd quickly sign your name into a little piece of the book and then turn the page so the teacher didn't see you.

The expert moved on to the valuation of the two items, he revealed: "I think on this table, a great work by Geoffrey Chaucer, and in my hands, William Wordsworth, we're looking at a figure at somewhere between £20,000 and £30,000."

Shocked by the whopping value, the curator said he will now be handling the books with extra care.