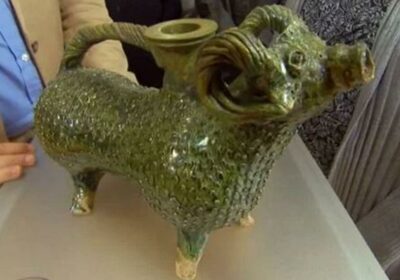 AN Antiques Roadshow expert REFUSED to value an item as he gasped 'I've never seen something of this calibre'.

Lars Thorpe was left speechless when a lady brought in a water jug and asked him to tell him her how much it was worth. 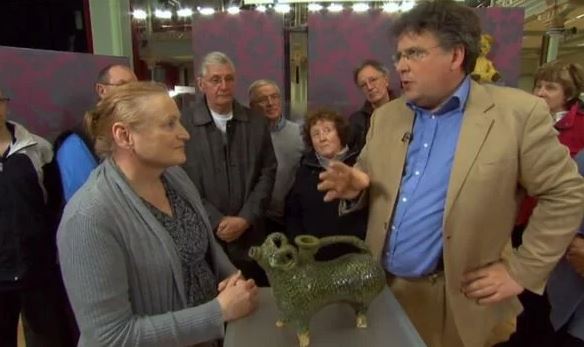 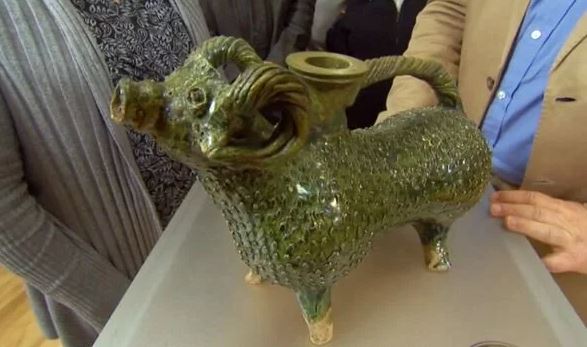 The lady showed off her animal-shaped jug to ceramics expert Lars who told him that it was found in Scarborough, North Yorkshire.

She explained that the jug was found when Nesfield Brewery, located on New Queen Street, was dug up.

Lars was amazed by the jug when she said that something like the jug in front of him was used to wash your hands when you were at a table.

But the expert was keen to find out how she managed to get her hands on the 13th century jug. 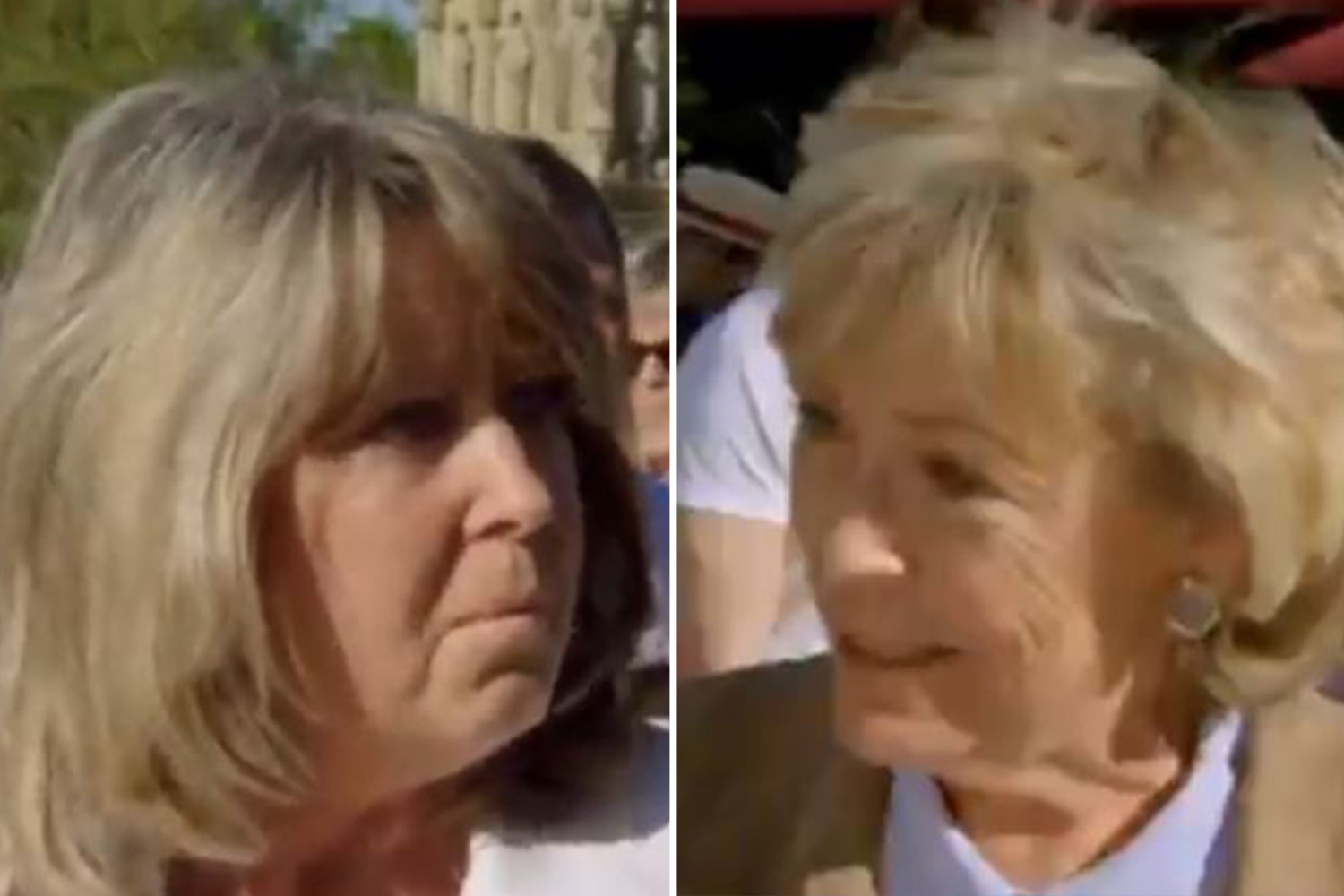 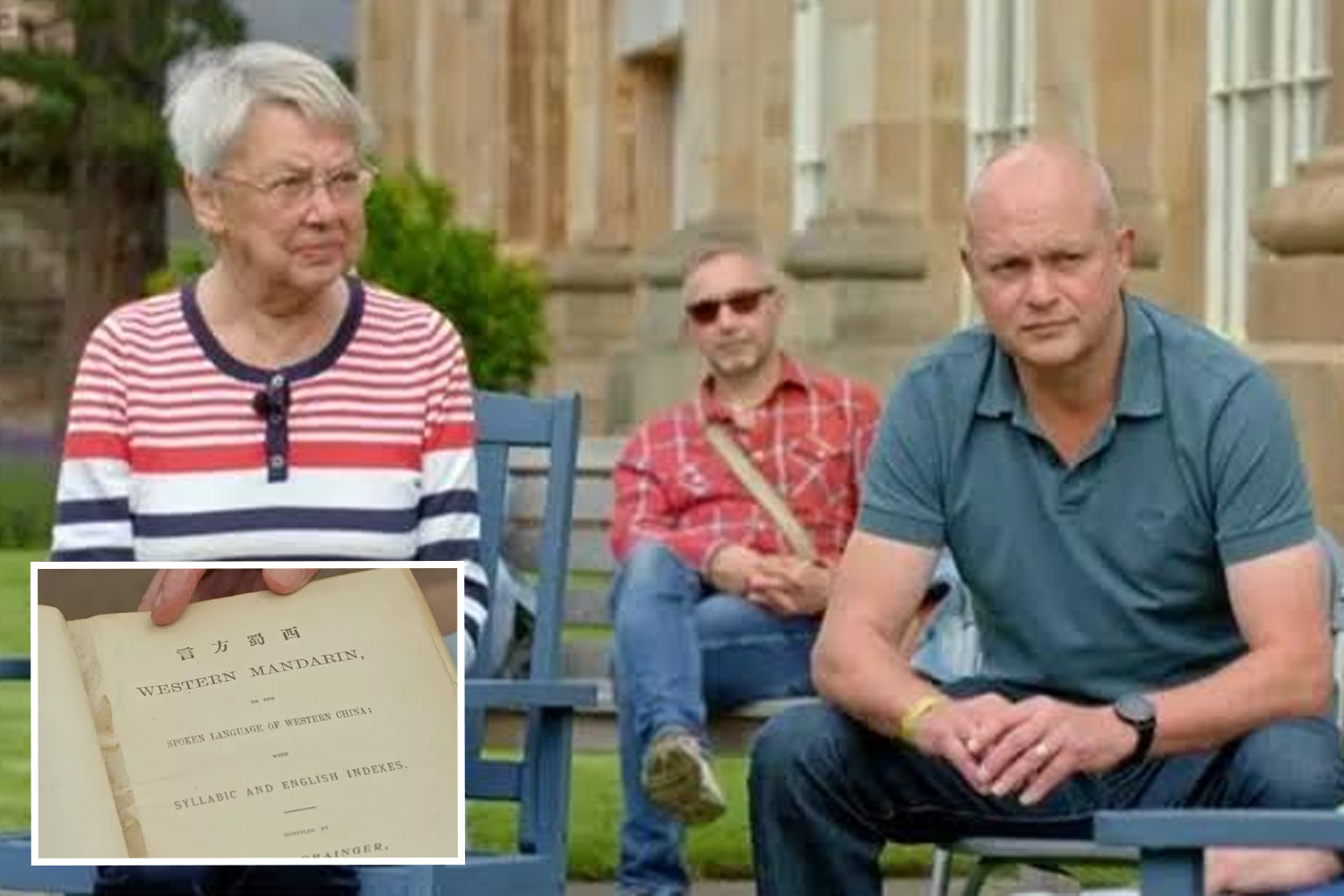 The guest confessed that it doesn't actually belong to her.

She said: "As much as I would like to have it for myself it actually belongs to Scarborough, it's a part of Scarborough's heritage and it is from a museum up the road called the Rotunda Museum."

He replied: "In my 26 years on the Antiques Roadshow I have never seen anything of this calibre.

"This wonderful fleece is so gorgeous and someone has done this by taking a knife and pushing the pottery up piece by piece by piece and you end up with this shaggy woolly coat.

"It's a wonderful thing and I have wished for one of these to come in for years and years, thank you very much to you and your museum."

But unfortunately he wouldn't give the jug a valuation because museums don't like to put value on what is theirs.

It comes after Hilary Kay was left open-mouthed by a guest's VERY cheeky royal memorabilia – a pair of Queen Victoria's knickers.

Hilary said: "They are a fabulous pair of what is known as open drawers.

“And open drawers is exactly what ladies wore throughout the course of the 19th century.

“It is an extraordinary rarity I have to say. So explain to me exactly how you got this amazing piece of royal memorabilia?”

The woman confused that they had been passed down through her family and Hilary said that Queen Victoria was known for giving intimate items as a token of affection.

She said: "They are made of very fine linen and they are beautiful.

“Tiny, tiny stitches. They were stitching for their Queen.”

Her attention the turned to the value, and she told the guest that a previous pair had fetched £16,000 at auction.