Anthony Mackie Is In Hot Water. Here’s Why 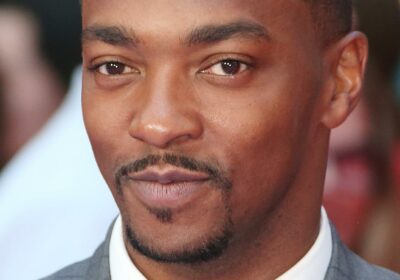 There has been a pop culture phenomenon for quite some time known as “shipping,” aka wishing two individuals were in a relationship. While this might often apply to real-life celebrities (for example, “as a Bennifer shipper, I am really happy Jennifer Lopez and Ben Affleck are back together”), it also extends into the fictional universes of television and cinema. The Marvel Cinematic Universe’s “The Falcon and the Winter Soldier” characters, respectively portrayed by Anthony Mackie and Sebastian Stan, were not spared this facet of their fandom. Due to the buddy comedy-style tension introduced between the superheroes in 2016’s “Captain America: Civil War,” and the good-natured relationship between the actors themselves, many fans began vocally supporting “#Stackie,” as this ship is popularly called.

There are the benignly sweet tweets celebrating Stackie’s bond, like this post of a video compilation showing Mackie and Stan chumming it up in joint interviews, as the fan wrote, “you’re the habit that i can’t break.” Then, there is the more aggressive Stackie content in the ether, like one Twitter user accusing the two actors of queerbaiting. “I see Stan and Mackie are doing the old make fun of shippers while also queer baiting move straight out of the Supernatural actors’ playbook,” read a screenshot posted by another tweeter.

Needless to say, the Stackie support has grown less and less supportive. Here is why Mackie himself has landed in the line of fire for speaking out on the topic in June.

Drawing instantaneous backlash, Anthony Mackie said in a June 17 Variety interview that his Sam “Falcon” Wilson and Sebastian Stan’s James Buchanan “Bucky, aka the Winter Soldier” Barnes (who had their own Disney+ series, “The Falcon and The Winter Soldier”) have no romantic or sexual narrative. “Bucky and Sam have a relationship where they learn how to accept, appreciate and love each other. You’d call it a bromance, but it’s literally just two guys who have each other’s backs,” Mackie stated, calling it problematic that two men “being friends and loving each other in 2021” invited automatic inferences of homosexuality. “Something as pure and beautiful as homosexuality has been exploited by people who are trying to rationalize themselves,” he said, adding that “showing a sensitive masculine figure” onscreen was “very important” to him.

Many fans spoke out against the actor, with one tweeting, “Anthony Mackie waited until pride month to talk about how annoying it is for gay people with virtually no representation in the MCU to head [canon] their faves as gay.” Another offered, “Me, a queer person: *shipping my favs.* Anthony Mackie: This is an exploitation of homosexuality.” Some, like this tweeter, however, opined that Mackie’s point got lost in his wording. “Anthony Mackie actually made a really good point about sensitivity in men being perceived incorrectly as a gay trait,” they wrote, “and y’all intentionally misinterpreted the statement.”