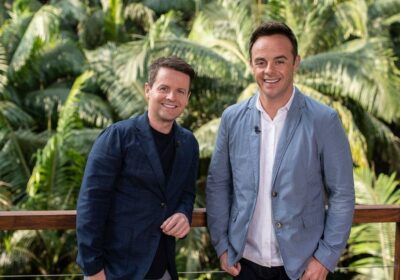 Ant McPartlin and Declan Donnelly have picked who they believe will win this year's series of I'm A Celebrity… Get Me Out of Here!.

The TV duo choose which celebrity they think will come out on top every year and after Thursday's (November 17) live show, put pen to paper with their predictions.

Taking part in an Instagram Live, they addressed the looming first eviction before turning their attention to this year's King Queen of the jungle as Ant told fans: "I'm not going to tell you who I think's going to go as that wouldn't be fair."

READ MORE: TOWIE star shuts down I'm A Celeb stint as she would 'break down and die' on TV

They quickly decided to write who they think will come in second and third as well as their winner, before sealing the piece of paper in the classic gold envelope.

But as they attempted to hide their predictions, one eagle-eyed fan are certain they spotted who Ant wrote as Dec read out the comment: ""Ant wrote Baba I saw that," before giggling.

Not wanting to give anything away, Ant chimed: "Yeah but in what order?"

Tonight's episode of the ITV show has been extended from its usual 60 minute run time to 90 as one famous face is set to say goodbye to jungle life for good.

While the Tory MP caused quite the stir amongst campmates and the public since he first entered the jungle, Charlene has been topic of conversation following RV-gate.

Ant and Dec have made no secret of their dismay towards the TV personality's decision to refuse a bed in the RV, and even issued her with a warning.

During one of their links, the double act warned Charlene about the dangers of sleeping outside as they started listing off all the jungle critters that could reach her in camp.

Dec added: "Yeah it's much safer to sleep outside with the rats…"

The duo continued: "And the snakes, and the scorpions, and the mosquitos, and the leeches and all the other spiders."