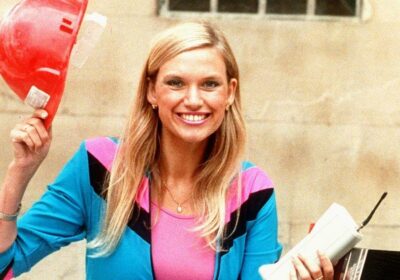 Anneka Rice will be donning her famous jumpsuit again as Channel 5 confirmed it is reviving her old series Challenge Anneka.

It is being rebooted almost 30 years since it was last on the box.

And once again it will feature the TV presenter in a race against the clock tackling some epic new missions.

She will also be accompanied by "Soundman Dave" and a team of volunteers as they rush to help everyday heroes and deserving communities in need.

Anneka, now 63, said: “I can’t believe this is actually happening.

“The last few years have shown us all the power of community and how it’s good to be part of something bigger than ourselves. “We may look a bit different too but our hearts and willingness to get stuck in are the same.

“Dave the Soundman and I may have 130 years between us but the whole team is as motivated as ever to make a difference and shine a spotlight on people and organisations who need help.

“Three decades on, the issues may look different but at their core they are the same; they’re about people and communities. “

Anneka will be calling in big favours from big brands, big names and big groups of volunteers all keen to lend a hand. Channel 5 will make four new Challenge Anneka shows and if ratings are good, more will be on the way.

Channel 5 non-scripted boss Guy Davies said: “There’s never been a better time to bring back such a loved series to our screens. The challenges promise to be timely, relevant and packed full of passionate and heart-warming people.”

Anneka said the series was her "life's work" and she's overjoyed to see it return on screen – and she's not the only one excited.

Fans couldn't help but take to Twitter to share their excitement, with one user writing: "Cannot wait!", while another wrote: "Thrilling news!"

Anneka hinted the return was imminent as she told fans they had a few more weeks to get ready for the new challenge.