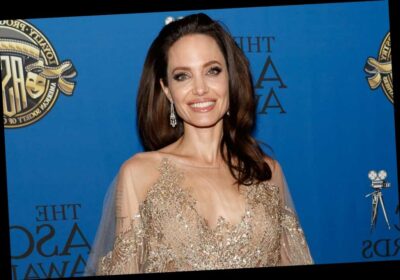 Angelina Jolie will be one of the few famous faces on the big screen this coming spring.

The Oscar winner's next movie Those Who Wish Me Dead, a female-driven western, will open in theaters on May 14 as part of Warner Bros.'s 2021 lineup.

This means the movie will also be available to stream on HBO Max the same day it hits theaters, since it falls into Warner Bros. previously announced release plan for movies this year.

The movie follows a teenager who witnesses a brutal murder and assumes a new identity in order to escape twin assassins. As the teen hides in a wilderness skills program led by an expert, the whole group is threatened by a raging wildfire in the Montana wilderness.

The film is written and directed by Tyler Sheridan, the writer behind Hell or High Water and Sicario. Warner Bros.' 2021 release strategy was tested with the Christmas opening of Wonder Woman 1984: films released will play in theaters and be available to HBO Max subscribers exclusively for one month. After one month, the newly released films will leave the platform and continue to be available in movie theaters in the U.S. and internationally.

The list of films that will now follow Wonder Woman's path includes The Matrix 4, Dune, the Sopranos movie prequel The Many Saints of Newark and Lin-Manuel Miranda's movie adaptation of the hit Broadway musical In the Heights.

Other films on this new release trajectory include Tom and Jerry, Godzilla vs. Kong, Mortal Kombat, Space Jam: A New Legacy, and the sports drama King Richard, about the father of tennis stars Venus and Serena Williams, who's played by Will Smith.