Home » TV & Movies » Angela Bassett's Kids Have Yet to Watch Her Most Iconic Role: 'Maybe [Then] I'd Get Some Respect Around Here!'

Angela Bassett's Kids Have Yet to Watch Her Most Iconic Role: 'Maybe [Then] I'd Get Some Respect Around Here!' 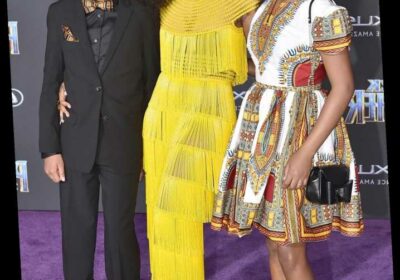 Angela Bassett's two children haven't seen the role that earned her an Oscar nomination — but she knows they will, when the time is right.

While chatting with host Janine Rubenstein on PEOPLE's brand-new podcast, PEOPLE Every Day, the 62-year-old actress detailed that her two kids with husband Courtney B. Vance, Bronwyn and Slater, both 15, have never seen her popular 1993 film, What's Love Got to Do With It.

Based on the life of singer Tina Turner, the movie follows the ups and downs of Turner's illustrious career. Bassett's portrayal of the singer is considered by many to be one of her best, earning her an Oscar nomination and a Golden Globe win for the role.

But despite the accolades the film brought her, Bassett says her kids "haven't seen it," and she's not doing anything to change that. "Let them discover it," she said. "Let their friends discover it … maybe [then] I'd get some more respect around here! … I tell them, you don't know what I got up my sleeve."

That's not to say her kids are totally in the dark about their mom's talents: "They really enjoyed [Soul]," Bassett noted of the recent Pixar flick, to which she lent her voice. Bassett told PEOPLE that the What's Love Got to Do With It role was unlike any other she has taken on.

Want to get the biggest stories from PEOPLE every weekday? Subscribe to our new podcast, PEOPLE Every Day, to get the essential celebrity, entertainment and human interest news stories Monday through Friday. Get a taste of the podcast below.

She recalled the audition process as make-or-break for her, after five years of feeling like her auditions were fruitless.

"I thought that if I were to get [the part], it would be one of those movies that would … cement my face with my name, because I was always that actor that was struggling going to auditions or doing guest spots on weekend television shows," she said, adding that she told herself, "Whatever happens, whether it works or whether it doesn't, it was you got to be memorable."

Turner wasn't the only tough role Bassett took on — she also noted that her role on the third season of American Horror Story gave her a particularly hard time, thanks to the snake-handling nature of the character, Voodoo queen Marie Laveau.

"I have never been around snakes before and I thought they were pretty quiet creatures until you actually held one and he's slithering up your body and into your ear," she said. "And you're like that hiss is very loud and … disconcerting."

"And if I freak out," she added, "it just means I have to do it again. So it took everything within me to hold it together as this python is tightening its grip around my body during the scene."

Check out more from Bassett's interview on PEOPLE Every Day's latest episode, available now on iHeartMedia, Apple podcasts, Spotify, Stitcher or wherever you listen to your podcasts.