An ode to Meghan Markle's Rachel Zane and her pencil skirts 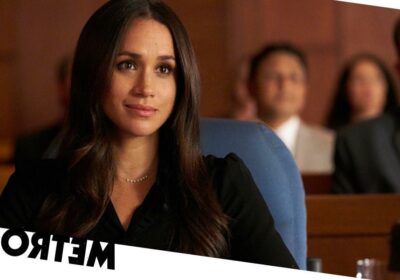 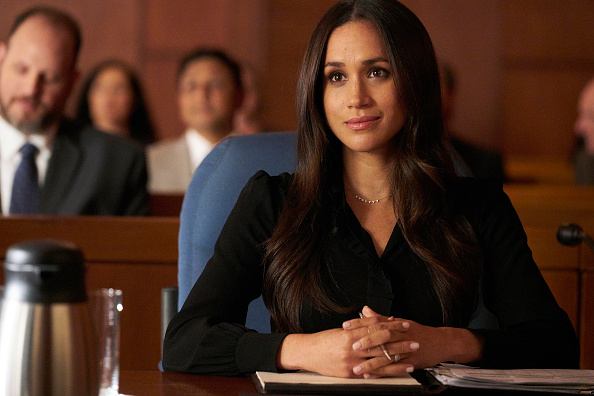 A lot of people bang on about Meghan Markle AKA the Duchess of Sussex AKA seemingly the most bloody polarising bloody woman on the bloody planet.

Whether you love her or hate her, or just feel quite ambivalent about her and what the family she is a part of represents at large, you cannot tell me she hasn’t dominated your social media feeds for the past… well, what feels like an eternity.

There are certain people who will tell you she is everything that is wrong with the world, but what I am in constant bafflement of is how quickly we can forget her best role yet.

No, not Oprah’s interviewee and Royal Family goss-spiller.

I’m talking about the absolute ultimate person to rock a pencil skirt as Rachel Zane in Suits.

Controversial, I KNOW, but seeing as today marks 10 years – TEN YEARS – since the snappy paralegal – with a proclivity for sass, wit, and having none of plucky new ‘Harvard grad’ attorney associate Mike Ross’s advances – burst onto the law drama set in the show’s pilot, what better time to revisit the ‘old’ Meghan.

For those who are tuning in to hate-read on Meghan and have no idea what Suits is, Suits was a series that ran from 2011-19 that centrered on the exploits of the lawyers, paralegals, secretaries and clients of New York law firm Pearson Hardman/Pearson Darby Specter/Pearson Specter Litt etc.

Before Harry. Before the Royal Family. Before everyone in the world had something to say about her simply existing, Meghan played Rachel.

In my efforts to reminisce about Meghan’s character – who was written out of the show ahead of Meghan’s wedding to Harry in 2018, before the series ended a year later, no major surprises there – I proceeded to Google.

As any normal person wanting to hunt down the fresh takes of other Suits fans, I typed ‘Why Rachel Zane…’ expecting to see a whole stream of positivity come out of my computer.

Then, as ‘Why Rachel Zane is the worst’ auto-filled way too fast for my liking, I was reminded how much haters can suck.

Lead character and smouldering attorney with the mostest Harvey Specter (Gabriel Macht) was the worst. One may even say his loyal sidekick who was a bit of a dick, Mike, is the worst (OK, I can’t back that up). We can all agree Harvey’s antagonist Elliott Stemple (Patrick Fischler) is DEFINITELY the worst.

Rachel Zane… Rachel Zane the worst? Are you kidding me? To borrow a feeling from the series, I OBJECT! The woman was a goddamn trailblazer we can all learn from.

Plus, dare I say again, lady rocked a pencil skirt and blouse better than the rest of them and that is most definitely the hill I will die on.

Am I in Rachel’s corner just to rile up the punters who love to take jabs at Meghan for no reason in particular? Maybe. They say don’t feed the trolls but I’ve got a whole bag of bread here with their name on it.

Sure I loved that Rachel and Mike eventually got themselves together, separately and as a couple, and all ended relatively blissfully for them, but ultimately, I think any gripe you have with Rachel you need to take it up with the writers. She was failed by the worthy script here, let’s be honest.

It’s almost like she was there only to support Mike and be everything he needed when, at the crux of things, she was the one who genuinely wanted to become an attorney, not some weed-dealing rainman who fell into the gig.

Assistant District Attorney-turn-Louis Litt’s go-to associate Katrina Bennett – played by Amanda Schull – was what Rachel should have been. There really was no need for Katrina in her own pencil skirt and killer legal senses when there was Rachel in her pencil skirt all along just waiting in the wings to be the snappy attorney to give Harvey a run for his money.

If you think Rachel was only there for the romantic *friction*, we had Harvey and Donna for that, as well.

Oh Rachel is ‘annoying’? All these bloody characters are annoying – they just hide it behind a facade of bravado and ego that you don’t notice it. Rachel shows a level of emotional vulnerability that doesn’t wash with many so that equals lame. I get it. But I don’t agree. Please also refer to my point about the script.

People bang on about her being the ‘least likable’ which is a pretty tall order in a show built on pretty unlikable people.

Do people dislike her for the same arbitrary reasons they seem to dislike Meghan Markle? Is she unlikeable because she’s a flawed character or do you have an issue with her being a woman going after what she wants in the very human quest for happiness and success while also calling out the BS when she sees it?

In a show where spunk and moxie is celebrated, Rachel had it in buckets.

And did I mention the wardrobe? Smokes any of the lads’ tawdry and tired suits any day.