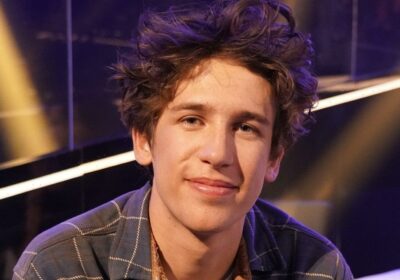 Wyatt Pike is breaking his silence to thank his fans. The American Idol contestant’s unexpected early exit from the music competition show was announced on Monday, and he took to Instagram to address his surprising departure.

“I had to leave the @AmericanIdol competition for personal reasons but am so thankful I get to play music for the rest of my life,” he wrote on Instagram on Wednesday, alongside a smiling portrait pic.

“Fellow contestants – miss you all, good luck!” he added. “Thank you to everyone for your support… do stick around for more musical things soon! 💙”

Monday marked the ABC show’s first night of live shows in which the Top 16 were supposed to be vying for a spot in the Top 12. At the top of the show, however, it was announced that Wyatt had dropped out of the competition for unspecified personal reasons. This left only 15 singers competing for the coveted spots.

In a pre-taped episode on Sunday, Wyatt had a blast singing Kings of Leon’s “Use Somebody” song with his guitar.

“I really believe in you, I think whatever happens, you’re it!” judge Katy Perry told Wyatt following the performance.

Judge Luke Bryan, who was also absent during Monday’s live show due to his recent COVID-19 diagnosis, told Wyatt at the time that he was “going to do music for the rest of your life.”

Judge Lionel Richie told the singer-songwriter that he was on his way “to something big.”

At the time of his departure, he had not commented on his exit. However, he did share photos from his hometown of Park City, Utah, on Instagram last week, writing, “Something to feel this through: home. Thankful for the rollercoaster I’m on today. 💙.”