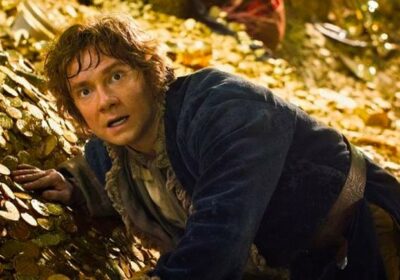 Recently, Amazon’s Lord of the Rings TV series made headlines when it was revealed that the show was going to cost $465 million for just one season alone. That’s an astronomical price – especially when you remember Amazon initially paid $250 million for the rights alone. On top of that, the streamer is committed to at least five seasons of the show, which means that the budget is going to climb even higher. But Amazon Studios chief Jennifer Salke has an explanation for this massive price tag – world-building. Although for that kind of money, it sounds like they could literally build a physical new world somewhere.

The Lord of the Rings is an expansive epic and telling such a story requires some pretty big world-building. And it sounds like Amazon is taking that world-building very seriously, because the upcoming series has itself a huge budget – $465 million for one season alone. For reference: that price tag is five times more than the final season of Game of Thrones.

Of course, Amazon has money to burn, so it’s probably not surprising that they’re willing to plunk down huge sums of cash to make this series a reality. Still, during a THR roundtable, Amazon Studios chief Jennifer Salke attempted to explain/justify such a hefty budget. “The market is crazy, as you saw with the Knives Out deal. [Netflix paid $469 million for two sequels.],” said Salke. “This is a full season of a huge world-building show. The number is a sexy headline or a crazy headline that’s fun to click on, but [the budget] is really building the infrastructure of what will sustain the whole series.”

Salke added: “There’s a lot of wooing and we have to make decisions on where we want to stretch and where we want to draw the line. As for how many people need to watch Lord of the Rings? A lot. (Laughs.) A giant, global audience needs to show up to it as appointment television, and we are pretty confident that that will happen.”

Much of the Lord of the Rings series remains a mystery for now, but we know that the show is set “thousands of years before the events of J.R.R. Tolkien’s The Hobbit and The Lord of the Rings, and will take viewers back to an era in which great powers were forged, kingdoms rose to glory and fell to ruin, unlikely heroes were tested, hope hung by the finest of threads, and the greatest villain that ever flowed from Tolkien’s pen threatened to cover all the world in darkness. Beginning in a time of relative peace, the series follows an ensemble cast of characters, both familiar and new, as they confront the long-feared re-emergence of evil to Middle-earth. From the darkest depths of the Misty Mountains, to the majestic forests of the elf-capital of Lindon, to the breathtaking island kingdom of Númenor, to the furthest reaches of the map, these kingdoms and characters will carve out legacies that live on long after they are gone.”

The first season, which will consist of eight episodes, is expected to arrive sometime this year.